After showcasing its works-in-progress during the media rodeo known as Innovation Day, Oppo has decided to kick into gear on 5G with two new mid-range phones featuring two completely different chipsets, but with head-to-head spec sheets. The most apparent gap between the Reno3 and Reno3 Pro, though? The price. 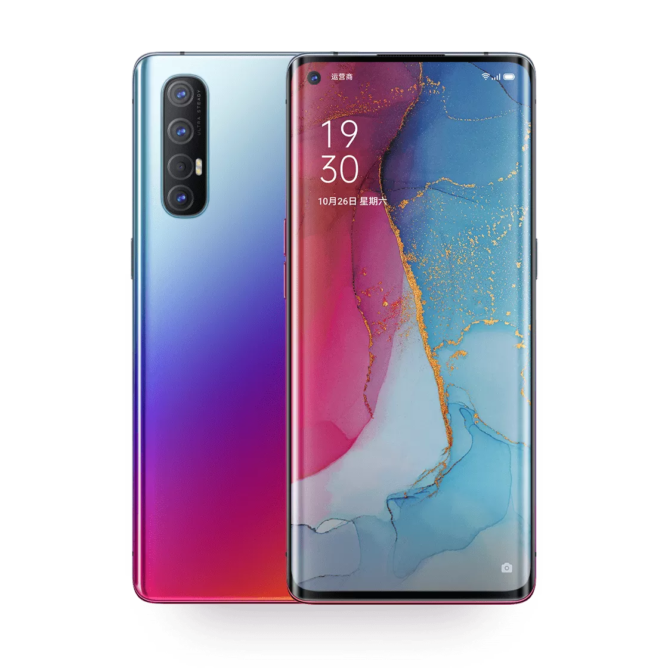 The Reno3 Pro is the slightly larger and more expensive of the pair, running with Qualcomm's new Snapdragon 765G. Oppo isn't the first Chinese OEM to deploy the recently released silicon as Xiaomi's Redmi budget brand used it in its K30 5G which came about a couple weeks ago.

The gaming-optimized chipset comes with enhanced liquid cooling, in-display fingerprint sensing plus facial recognition, HDR10+ support, and a juiced-up modem capacity — capable of simultaneously using both Wi-Fi and 5G streams for a maximum throughput of 3.7Gbps. There are four cameras at back — enhanced video stabilization is a big highlight — and a selfie camera punched into the top-left corner of the display with a 90Hz refresh rate. 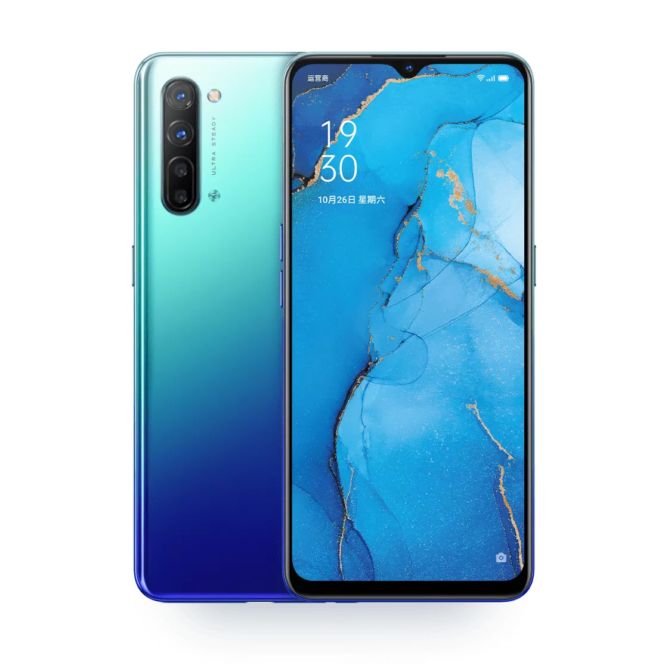 If the Reno3 Pro is the white lamb, the Reno3 is the black sheep: it runs on MediaTek's first 5G SoC, the Dimensity 1000L. Just as well that the phone is similarly specced-up to the Pro with a few compromises: four rear cameras, a selfie camera in a "waterdrop-style" notch, the ever-slightest smaller display, same battery, same VOOC 4.0 charging, same in-display fingerprint authentication.