The initial Android 10 release wasn't playing nicely with third-party launchers — to use the new navigation gestures, you were forced to stick with Google's Pixel Launcher. The December feature drop (which sadly still hasn't arrived on all Pixel phones) changed that and finally added gesture navigation support for third-party solutions. Action Launcher is one of the first to take advantage of this with a new version that also brings along improvements to the app's take on Digital Wellbeing and its Quicktheme UI customization engine.

Once you've updated to version 45 of the app and to the December security patch, you should be able to turn on gesture navigation in your system settings. The cooperation between the launcher and the gestures still feels rudimentary, though. You can't swipe right on the home screen to jump into your most recent app like you can from the Pixel Launcher; instead, you'll have to swipe up and then tap the desired application. The transitions between the Recents screen and the launcher also feels rough because of disjointed animations. 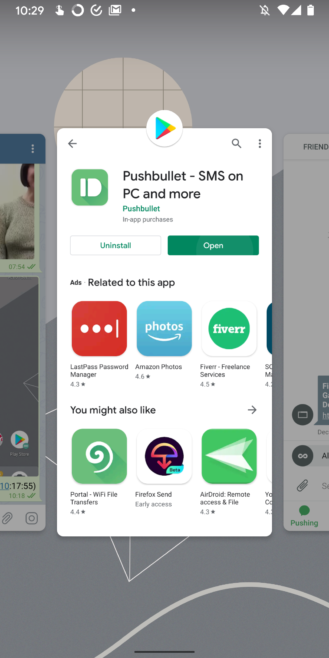 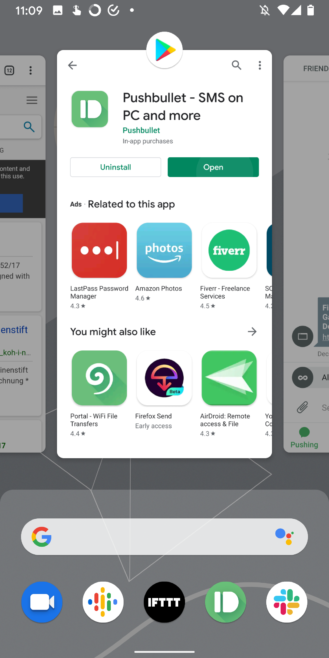 Additionally, there are some changes to the multitasking overview itself: The Google search bar and app suggestions are gone, and you can't swipe up to reveal the home screen. It sure looks like Google wants to gently push you towards using the Pixel Launcher that doesn't have any of these issues, provided this isn't a problem introduced by Action Launcher specifically.

The new version of Action Launcher also improves ActionDash, the launcher's version of Digital Wellbeing. An improved widget updates your usage stats up to the second, and you can long press apps to pause them for the rest of the day right from your home screen. You need to use ActionDash 6.0 to take advantage of both of these features.

You can download the latest version of Action Launcher from the Play Store or from APK Mirror. Hopefully, future versions will improve and expand gesture navigation support.

YouTube tests 'featured in this video' section on Android