Twitter, the microblogging platform that rose to social media fame in 2006, is known for testing out features with controlled groups of users before pushing them out to the public at large. Just this year, the app tried out conversation subscriptions and followable topics, neither of which have been rolled out en masse just yet. Now it appears Twitter is testing another small feature that allows some users to quickly continue a previous conversation thread from within the main tweet composer.

An Android Police tipster first noticed the feature earlier this week. To continue a previous thread, tap the compose button and swipe down on the empty "What's happening?" screen. If your account was chosen for testing, you will then see a "Continue thread" button waiting underneath the most recent tweet you sent, thus allowing you to build a thread. Keep in mind that only your latest tweet will show up here, at least for now. If you want to create a thread for an older tweet, you will still have to use the classic method of replying to yourself. 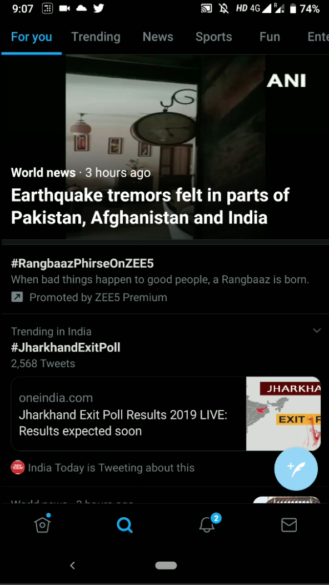 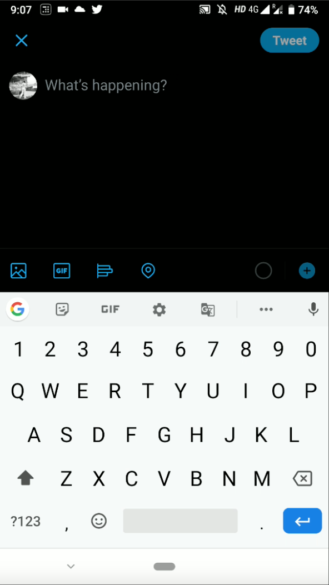 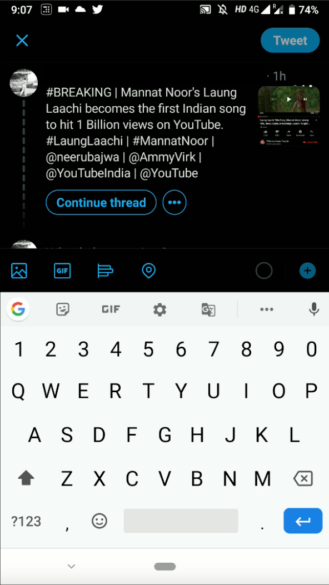 The "Continue thread" button isn't available for everyone, including the Android Police staff. To see if your account was selected, make sure you grab the newest version of the Twitter app from the Play Store or APK Mirror, and replicate the steps above. While you're there, consider following Android Police on Twitter for access to our latest stories the moment they go live. You can also find many of our writers (cough cough) by tapping the author's face at the top of each article and hitting the "Follow" button if it's available.