All major social networks are financed by advertising and thus free to users who trade access to their data for cat videos and sometimes questionable news content. Wikipedia co-founder and internet entrepreneur Jimmy Wales wants to change that. He is currently rolling out his donation-based "news focused social network" WT.Social to people interested in high-quality journalism and productive discussions.

There are a few things that set WT.Social apart from its competitors. First off, it's completely independent from venture capitalists and other beneficiaries (including Wikipedia), running only on Wales' own investments. The network is also not interested in your data and doesn't show you any ads. If you want to, you can support it with donations pre-set to $13 a month or $100 a year (or €12/€90 and £10/£80). Wales says he doesn't expect his product to be profitable, though he thinks it could be sustainable when he maintains the current "barebones" staff of five, including himself. 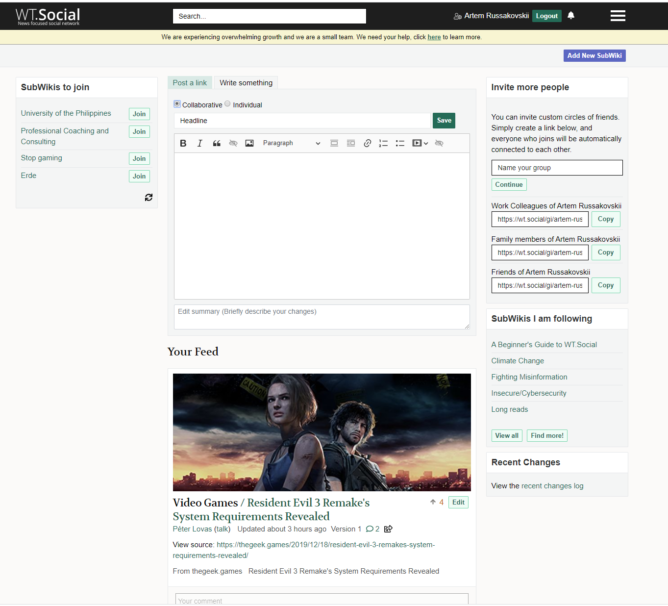 Once you've signed up for the service, you get access to what looks like a hybrid between Facebook, Reddit,  and Wikipedia. You can join or create so-called subwikis tailored to your interest, covering every conceivable topic, ranging from "Fighting Misinformation" and "Long Reads" over "Computers: Windows, Apple, and Linux" all the way to "Dank Memes." It looks like an upvote/downvote system currently determines in which order content is shown in your front page feed, though in a Reddit Ask-me-anything, Jimmy Wales says he and his team are "going to experiment" what solution works best. Note that in contrast the the network's spiritual predecessor WikiTribune, you'll find barely any original content on WT.Social itself; it's mainly an aggregator and crowd-based curator for existing news websites. 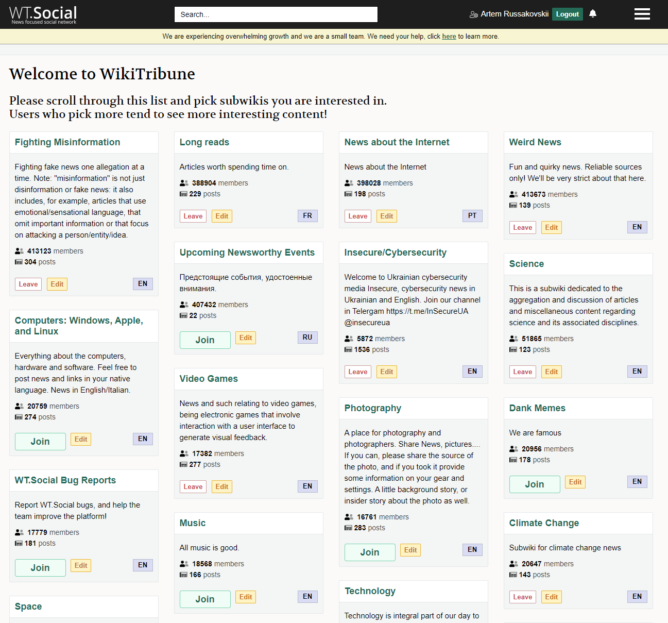 What really sets WT.Social apart from Facebook and Reddit is the ability to edit any post, no matter if you published it yourself or not. Just like on Wikipedia, a transparent history of edits shows who contributed which changes, so authorship becomes fluid. WT.Social hopes its users will catch misinformation early and edit posts accordingly, in addition to standard options to report spammers and vandalism. The team is also on-boarding more administrators and volunteer developers to cope with its sudden growth. 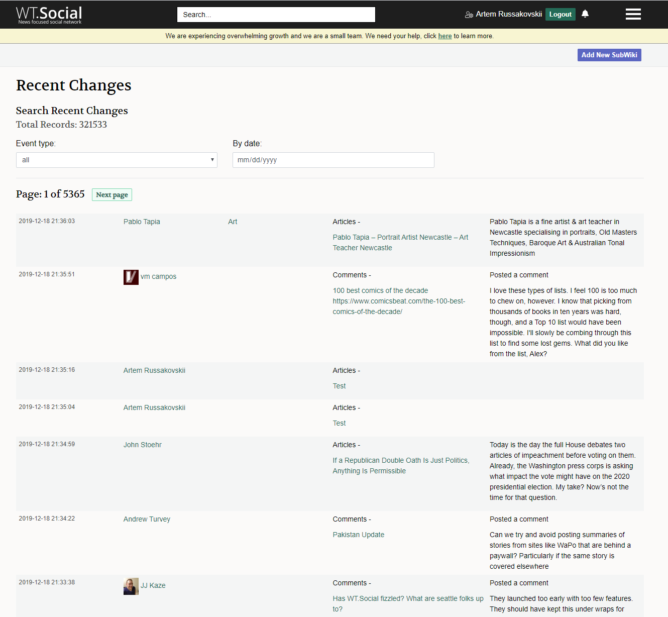 An overwhelming overview of all the changes on the website.

Other than that, the network feels pretty barebones, but that might be precisely how it's supposed to be. The grey-and-beige interface doesn't scream "attention" all over, and it looks like no autoplaying videos are trying to suck you in. The lack of bright eye-candy ads certainly makes browsing it a much more intentional and focused experience, too.

The question remains whether WT.Social is going to be able to scale up to properly compete with Facebook, Twitter, Reddit, and the like. The network effect is real, and it's going to be hard to convince people to switch, especially since WT.Social seems to be pretty niche with its focus on high-quality journalism. Then again, Wikipedia's donation-based model still works great in this day and age, so I wouldn't write off Wales' network too fast. 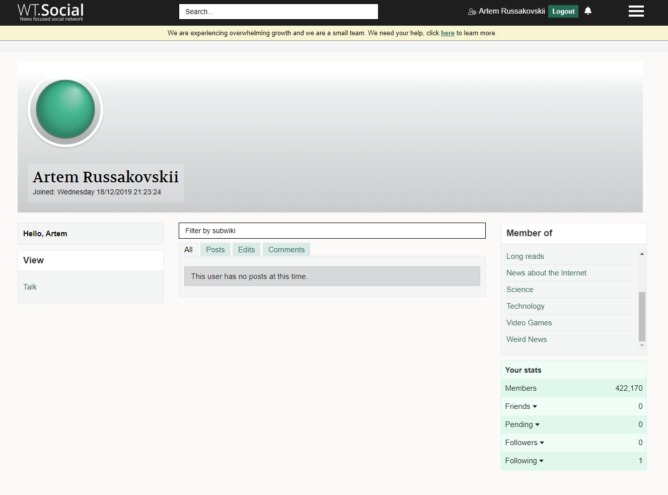 If you're interested, you can join a waiting list to get in on the service. The team had to resort to this measure so it could deal with sudden loads of sign-ups following press coverage (yes, I see the irony here). You can also choose to pay the donation fee right away if you want to skip. Mobile apps don't exist at the moment, but that's on the roadmap as the network grows.