Augmented reality has emerged as simple way to get amazing effects into the hands of users, and advertisers have only been too willing to jump on the opportunity that presents. Alongside the new Star Wars: The Rise of Skywalker film coming to theaters, Samsung is pushing just such an AR promotion that allows Galaxy devices in select cities to see Star Wars ships streaking across the sky. 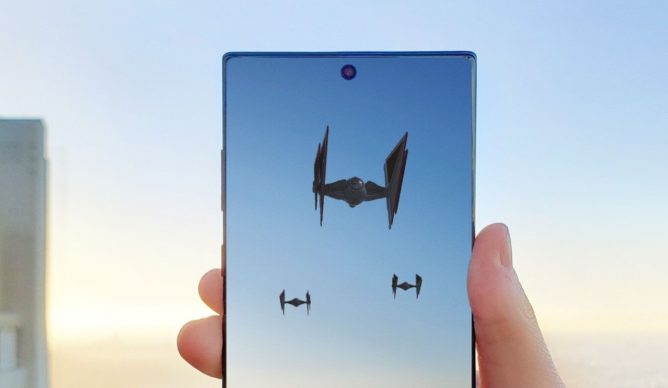 The AR skyline you'll be seeing from your phone's screen.

The experience, dubbed Invasion with Galaxy, allows fans to take pictures of their favorite views of the ships and save them to their device or share them on social media. Samsung Galaxy users can install the Samsung Members app from the Play Store, allowing them to enter the AR world from there.

The ships began appearing on December 16th during the World Premiere of The Rise of Skywalker, but will be visible to anyone in Chicago, Dallas, Houston, Los Angeles, New York, San Francisco, and Washington, D.C. until the 23rd. On the 23rd, Samsung will bring the ships to the entire United States and Puerto Rico until January 2nd for those of us who don't reside in major cities.

You can access the experience — provided you're in one of the aforementioned cities — now through the Samsung Members app.

Schlage Encode Smart WiFi Deadbolt review: A lock this good is 'key' to smartening up your home