Modern "smart" home standards have more than a few dumb things about them, like the fact that certain hardware often locks you into a specific ecosystem of supported devices and software. If something works with Alexa, it doesn't always mean that it will work with the Assistant or Siri, and that's not even mentioning the whole obnoxiousness of "hubs." Thankfully, a new open standard is being developed by some of the biggest names in the smart home industry, with Amazon, Apple, and Google all backing a new open-source approach via the imaginatively titled "Project Connected Home over IP." It's a complicated-sounding name, but what really matters is the fact that future smart home products will be more inter-compatible and secure.

The news lands courtesy of a near-simultaneous announcement from Google, Apple, and the Zigbee Alliance, with a goal to "simplify development for manufacturers and increase compatibility for consumers" when it comes to smart home hardware. In other words, smart home gadgets using this new standard will work in more ecosystems and should be easier for manufacturers to develop.

The new standard is actually going to be a set of several possible IP-based standards, merely requiring that compatible devices support at least one to get certified. Google has already contributed its Thread and Weave systems to the effort, which power Nest products. The big benefit of IP-based standards is direct device-to-device connections, which can obviate the need for things like hubs and increase security by passing through fewer devices. 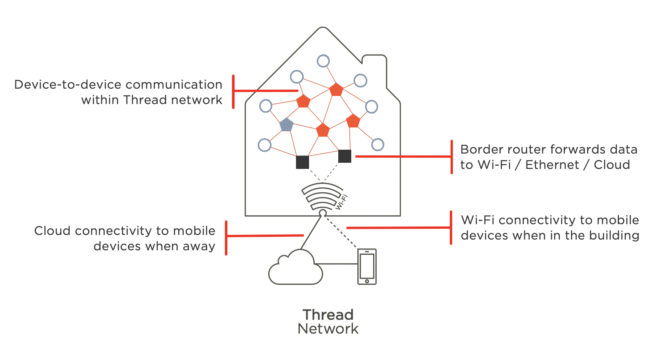 This new project won't just use Google's weave and thread solutions, though. It's early days in developing the new standards, and the collaboration intends to take bits from Amazon, Apple, and Zigbee as well. Although the upcoming standards don't explicitly promise total interoperability (i.e., you might not be replacing the Assistant with Alexa on your Nest Hub), it will mean that more devices will work with different smart assistants, and it should be easier to set them up. Anyone that's had to get a set of Wemo smart outlets or a Mi vacuum to talk to the Assistant will understand that frustration.

It's not just the big three tech companies that are on board, either; The entire Zigbee Alliance, which includes IKEA, NXP Semiconductors, Samsung, and Signify (read: Philips Lighting) are, too, and it's that alliance that will ultimately be managing this effort. Note that although the Zigbee Alliance is in charge of the new standard, it's entirely separate and distinct from the existing Zigbee protocol used by some smart home gadgets.

A draft version of the specification is set to be available in late 2020, so it will be some time before we see this manifest in any consumer products. Parties and companies interested in contributing to the development of the new standard can register their interest in the meantime here.