In most cases, turning on Preview Program for the Chromecast Ultra from the Home app and rebooting the device helped bump the Cast firmware version to 1.42.180348, which adds the feature. With this build installed, the Ambient mode settings option will show a working Stadia Controller linking code. A user confirmed that the version number matches that of the bundled Chromecast Ultra units, while another user reported having received a newer 1.42.180518 version that also works as intended, though you might have to mind the overheating issue. 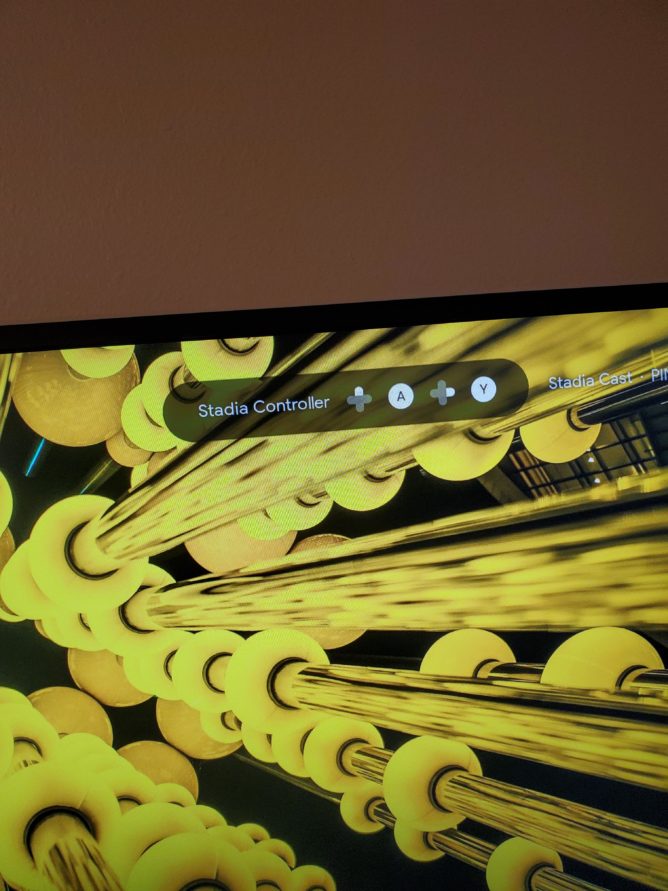 It’s worth noting that only a Stadia Controller will work with Google’s 4K dongle for streaming games, even though some third-party controllers can be used with Stadia on Chrome desktop and mobile. Plus, Google is yet to announce its stand on expanding Stadia’s compatibility to non-Ultra Chromecast models, Android TVs, and other TVs with built-in Chromecast.

Google is now rolling out an update to enable Stadia on all existing Ultras. Your unit should be automatically updated in the next few days, though you have the option to manually trigger the process by power cycling.

If you have access to Stadia already, we have some good news to share. We have rolled out an update to existing Chromecast Ultras that allow them to work with Stadia. Grab your Stadia Controller, sync it to any Chromecast Ultra & start playing on an additional TV in your house.