A few days ago, Android Police named the Pixel 3a as Phone of the Year for 2019. Praise was given for minimal compromises combined with a very competitive price (at least in the US and a few other countries). Almost as if somebody was waiting for this opportunity, two of the biggest electronics retailers have quietly discounted both sizes by $120, bringing them down to new lows of $279.99 for the regular and $359.99 for the XL. 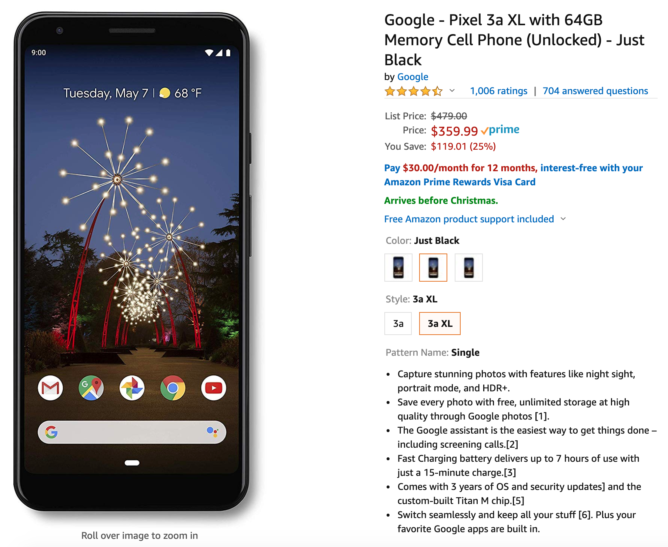 These prices edge out the $100 discounts that have popped up over the last few months, including the Black Friday sales. Unfortunately, it looks like Amazon is already out of the regular 3a, but you can pick up the XL for $360.

Best Buy has both models available with the same $120 discount, and if you're activating service with a carrier, you'll also get an extra $50 bonus. 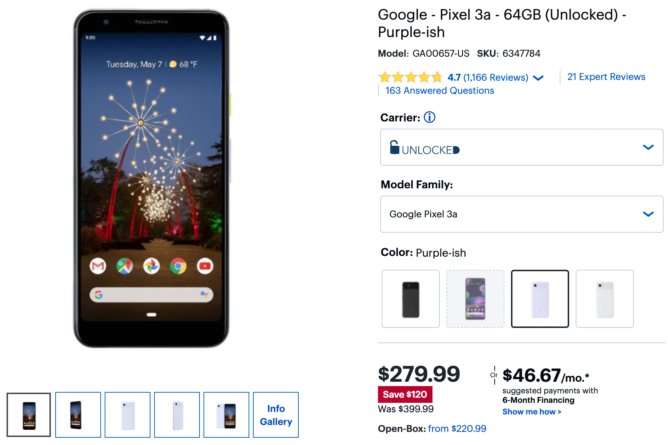 OS updates are guaranteed through May 2022, and assuming Google maintains a yearly cycle on the budget variants, there probably won't be a Pixel 4a until May, so it's still a great time to buy the 3a. Should probably hurry on this, we don't know how long the sale will last.

Unfortunately, the deal was short-lived. Prices have returned to normal. Of course, we're reaching that point in the lifecycle when discounts start to flow pretty freely, so keep an eye out and you'll probably see another deal like this or better fairly soon.

The first sale didn't last long, but the 3a XL is back down to $360 at Amazon — and now, B&H. If you were a little slow on the draw, now's your chance. Should you be after the smaller model, sorry; it's $299 everywhere.

B&H says the price is good through Friday, but if this deal speaks to you, you probably shouldn't wait until the last minute. Wikipedia co-founder created an ad-free social network that wants to be a better ...