Over the years, the keyboard layout used on phones hasn’t seen a ton of change. While we’ve been introduced to plenty of new features such as swipe-typing, auto-correction, and word prediction, it's not often we see a reinvented keyboard layout. Now Typewise is looking to shake things up by doing something about that.

Released internationally after a successful soft launch in Switzerland, Typewise brings users a completely redesigned keyboard. Composed of hexagon-shaped tiles, gone is the long-standing QWERTY layout. It's a shocking re-imagining of the keyboard, built from the ground up for mobile devices. Although it might take early adopters a while to get used to this new way of typing, Typewise reports that its users see an 80% reduction in typos when using this keyboard. To help users make the switch to Typewise, the app also includes an in-depth tutorial to teach everyone how the system works. For example, swiping up will capitalize letters, swiping left will delete text, and swiping right will restore deleted text. 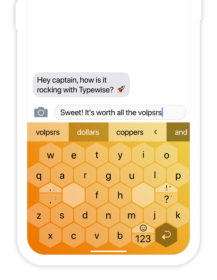 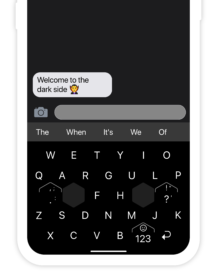 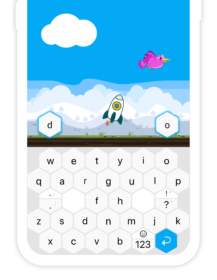 The company claims that its AI can run completely offline, allowing for increased levels of privacy. Like other keyboards, it can learn about its users’ habits to predict, correct, and add words to its vocabulary. This likely won't become the status quo of keyboards moving forward, but innovation in a stagnant field is always welcome. Typewise is now available for $1.99/month or $9.49/year. A free version is offered, however it doesn't include several features such as vibration, text replacements, or different themes. If curious, you can currently take advantage of a 30-day free trial. 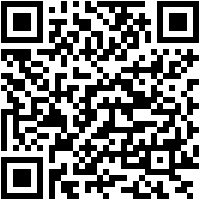 DJI's Christmas sale saves you up to 34% on select items through January 1, 2020