According to the site, Play Galaxy Link allows you to connect to your PC over WiFi or mobile data and stream your library of games on Samsung your phone or tablet. As you'd expect, the service supports third-party Bluetooth controllers, mice, and keyboard, and the site once again points you to the recommended Glap controller peripheral that your Galaxy phone can fit inside. On-screen controls are also supported, but let's be honest, they're entirely inferior. 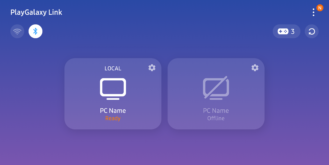 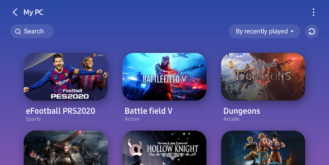 When you register a Windows 10 PC with the app and are using a LAN connection, you'll even be able to wake it via Play Galaxy Link. It's completely free of charge, and assuming you have the games on your PC already, the app will discover them and auto-populate with a list. You can do this manually too, in case it misses some out. 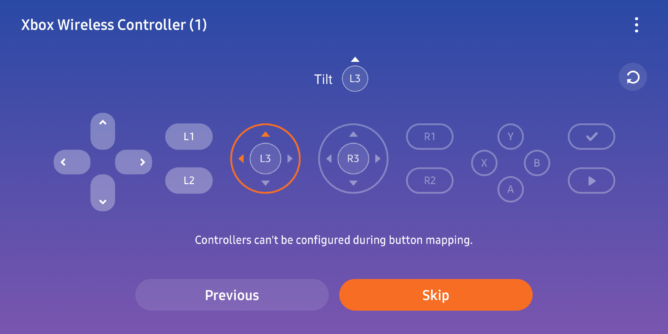 Play Galaxy Link is still in beta for now, and it's only available in the US and Korea to begin with. You can download the Windows app from the link below, and the Android app can be downloaded from APK Mirror (below) or via the Galaxy Store on your phone. It's restricted to the Galaxy Note10 and 10+ at the moment, but more devices and regions will be added in the near future.

Support for the S10 series

The latest version of the PlayGalaxy Link app has a small pile of fixes and tweaks, like improved right-click support and a dedicated site for error codes. But the most substantial change in the new v1.0.5 update is device support: PlayGalaxy Link now works with the Galaxy S10 series, including the S10, S10 Plus, S10e, and S10 5G.

Interested S10 owners can download this latest update via Samsung's Galaxy Store app on supported devices, or over at APK Mirror.

Support for more phones on the way

Samsung now says that the Galaxy Fold, S9, Note9, and A90 will be supported by PlayGalaxy Link in early December 2019.

v1.07 of PlayGalaxy Link has brought support for the Galaxy Fold, S9, Note9, and A90. You can now unlock your PC lockscreen from your phone as well.

Motorola One Power among the first Motos to receive Android 10 beta (Update: Stable rolling out)