Pie brings with it a number of improvements over Oreo, including battery optimizations, optional gesture controls, and smarter notifications. For what it's worth, a user who reports having received the update lives in Romania, according to his Twitter profile.

According to HTC, the U11+ will get Pie starting in late June, and the U12+ will first see the update sometime during the month as well.

Now, another half a year after the rollout started (and abruptly stopped) this spring, we've received a report that Android 9 Pie is finally making its way to U11 devices on Sprint. 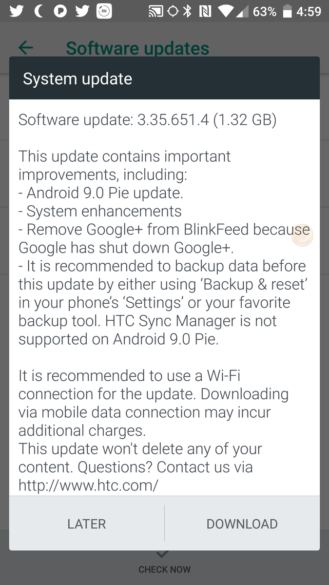 Given the players involved, none of this is particularly surprising. Better late than never.