Google's game-streaming service Stadia launched amid worries about its viability, but we've been impressed with it so far. The Founder's Edition originally shipped with a single 3-month Buddy Pass so players could invite friends to join their multiplayer escapades. Now, Stadia is attempting to reel in more users by giving Founder buyers an extra Buddy Pass for the holidays. 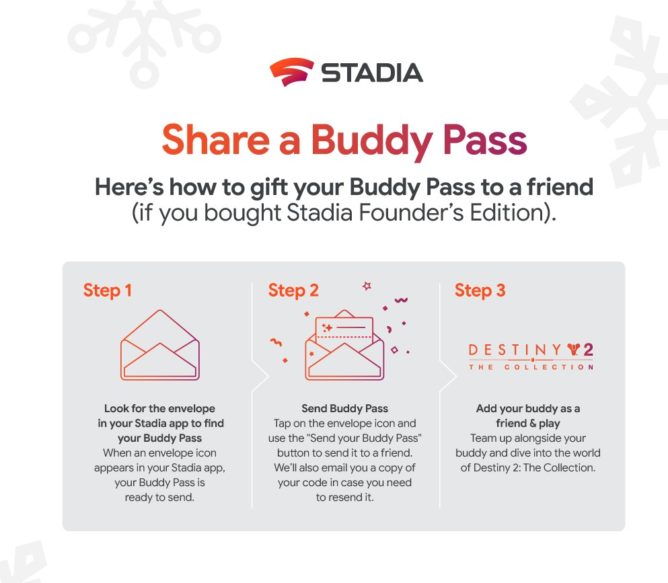 The way to send and claim your extra buddy pass.

All Founder-level members of Stadia should be receiving the extra Buddy Pass at any time, which allows them to gift a friend 3 months of Stadia Pro. Once activated, players can use a wide range of controllers or mouse-and-keyboard setups to play with their buddies, and Destiny 2: The Collection is being heavily pushed as part of the promotion.

We've been keeping an updated list of Stadia titles, and Google recently launched a web-based storefront for Stadia and its games, allowing users to make purchases through their PCs.