In the main app screen, you'll notice five tabs instead of the existing three. Explore has been renamed to Map, while Commute retained its name and purpose. Saved and Post have been added, and the personalized For you tab has been renamed to Latest and merged with Messages. The side menu button, which showed up at the top left, inside the search bar, is gone too.

Left: Familiar UI with three tabs and a side menu. Right: New UI with no menu and five tabs.

The reason behind that is the entire menu has been removed from app, with some options having been moved to the bottom tabs, while others were relocated to the relatively new account picker — the latter are Your timeline, Location sharing, Offline maps, Settings, and Help & Feedback. Looking at screenshots of the two side by side, it's unclear whether some features were victims of this redesign or have been moved to some obscure place we can't spot. These are Start driving, Wi-Fi only, and Add a missing place.

The upside of this redesign is quicker access to all your lists and places in the Saved tab, and a central place to check your profile and contributions under Post. When I travel, or even when I'm researching new local places and checking them out, these are the two features I use the most in the app, so I'm glad to see them become more reachable. 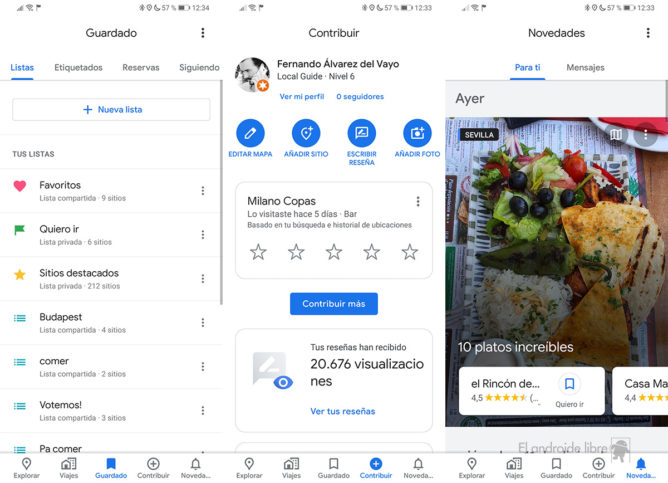 The new interface is showing up for users running version 10.31.1 of Maps and above, though it's a server-side change. We weren't able to trigger it despite being on the latest version of the app, force closing the app, and clearing app data and cache.