As is the case with nearly every other app to pass this milestone, a significant number of those installations come from phone manufacturers, including SwiftKey with their phones and tablets. Samsung, Huawei, and others have pre-installed SwiftKey over the years. 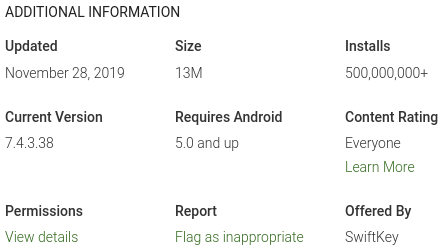 Still, the app has also had a significant amount of intentional downloads, with interest being so high that Microsoft purchased the app in 2016. Nine years after its introduction, SwiftKey remains one of the best keyboard apps around. Happy 500 million, SwiftKey.