The playback controls will appear on top of the mini player's content when you hover over it. They look pretty similar to the ones we know from the YouTube app. Pause sits in the middle, flanked by forward and backward skipping buttons. You can close the player and stop playback by hitting the 'x' button on the top right, or you can maximize the video by clicking the expand button on the top left. Keyboard shortcuts are supported, too: 'K' for play, 'J' to rewind 10 seconds, 'L' to scrub forward 10 seconds, and 'I' to expand and or minimize. Additionally, the mini player generally works in more places now, such as Settings and the 'send feedback' page. 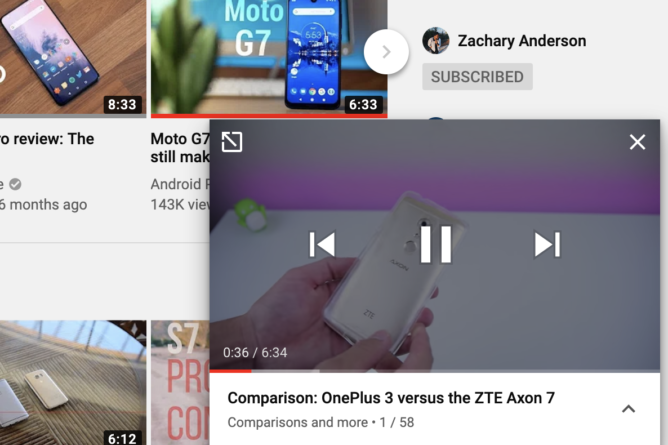 It's also finally possible to easily share playlists, regardless of whether they're your own or not – a tedious process in the past. You should find YouTube's custom share icon in the left sidebar next to any playlist, be it one you created or not.

Managing your own playlists has also become easier as you can sort videos by date published, date added, or most popular automatically. You still can't change the playback order of others' playlists, though. At least inviting collaborators to your own creations is more straightforward now: You just need to click the three dots menu in the left sidebar next to your playlist to find the option.

See that little arrow icon on the left? It lets you share public playlists.

The improvements are certainly a step in the right direction, but I can't help but wonder why YouTube stopped short at letting you sort others' playlists. Maybe that's coming in another update in the next decade.

Samsung has not sold 1 million Galaxy Folds after all