Bluetooth has never been one the strong points of Chromebooks, but Google is slowly starting to make that better. The ability to view the battery levels of connected Bluetooth devices was added to Android over two years ago, and now the functionality is (nearly) available on Chrome OS.

Bluetooth battery levels only appear once you enable the #show-bluetooth-device-battery flag in chrome://flags. The feature first showed up a few months ago, but it seemed to be totally non-functional at the time. Now it kind of works — while I could see the battery level of my Logitech MX Vertical mouse, it didn't work for my Razer Hammerhead earbuds or Sony headphones. 9to5Google noted that the Brydge C-Type keyboard worked, but a set of Skullcandy Riff headphones did not. Perhaps there is some bug preventing audio devices from being compatible? 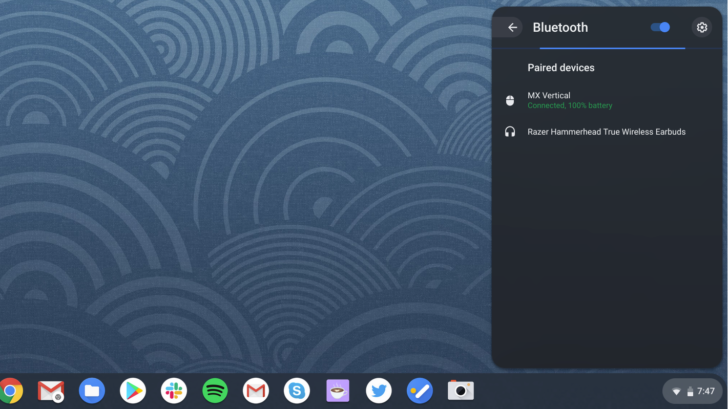 According to comments on the Chromium bug tracker, the feature currently breaks (at least some) Bluetooth Low Energy devices, so activate the flag at your own risk. Here's hoping a completed version rolls out as part of the upcoming Chrome OS 79 update.