The trailer above should provide a quick look at what the mobile port of The Last Remnant Remastered has to offer. Since this is an RPG that's been around since 2008, it's clear that the title borrows a lot from the SaGa series, thanks to its character progression that eschews the typical level-based structure of an RPG for a weapon-based system that's overly confusing, especially since the game does little to reveal how this system works. This also means combat can be unbalanced, and really the game has always been considered somewhat mediocre, which is what makes the mobile port's $19.99 price tag difficult to swallow.

As someone who has been playing Android games since the HTC Hero, I've purchased many Square Enix titles, and in my experience, these mobile ports are often pretty mediocre. That's not to say that any of these games are inadequate when it comes to gameplay, but hardly any of the premium Square Enix titles on the Play Store scale to different screen sizes, and many don't support cloud saves, plus the controls are often hit or miss. On top of these issues, Square Enix's mobile catalog is made up almost entirely of older titles, which also makes these high price tags tough to swallow. Honestly, I'd be more keen to drop $19.99 on a mobile port if I knew I could expect proper support for Android-specific features from the developer, but as history has shown, Square Enix isn't interested in such things.

So as it stands, The Last Remnant Remastered is a premium release, and you can pick it up for $19.99 sans any advertisements or in-app purchases. It is a large title, and it will take up approximately 6.1 GB of storage on your device. It's also a demanding game, so you'll have to play on a device on Android 7.0 or higher, with at least 2 GB of ram, and a Snapdragon 810/670 or higher. It's also worth mentioning that controller support is absent, which just goes to show Square's lack of commitment in creating worthwhile mobile ports. This also means the Nvidia Shield isn't compatible with the game.

So yeah, there you have it. Square Enix has silently released The Last Remnant Remastered on the Play Store, and while the game is an okay RPG, it's never wowed fans like Final Fantasy or Dragon Quest. I have to admit, The Last Remnant Remastered is a game I wouldn't mind revisiting on Android despite years of mediocre reviews, but the high price tag and missing controller support go to show that Square only ever offers what's minimally acceptable. The company has spent years pumping out one port after another on mobile, and while most of the gameplay in these titles is as great as ever, the ports themselves are mediocre at best thanks to their high price tags, lack of Android-specific features, and lack of support. In my opinion, Square has a lot of work to do to win me back as a fan in the mobile gaming world after years of releasing half-hearted ports on Android, and while The Last Remnant Remastered performs well, it's definitely not a must-buy unless you're really hard up for a new RPG to play on Android. 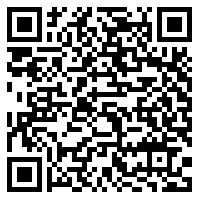 Google Photos rolling out new account picker and a way to get back automated creations you ...