Samsung Internet Browser is one of the few examples of OEM-designed apps that many people want to use over Google's equivalents. Ever since Samsung officially started supporting non-Galaxy phones, the browser has become one of the most popular for Android, thanks to its (minimal) extensions support, excellent dark mode, and fast Chromium-based core. Now the browser is adding support for even more types of extensions, but there are a few catches.

Until now, Samsung Internet has only supported extremely basic content-blocking extensions (and the Amazon Assistant). While ad-blocking is one of the main use cases for add-0ns, browsers like Firefox for Android and Kiwi support more powerful types of extensions that can modify page contents and change app behavior. 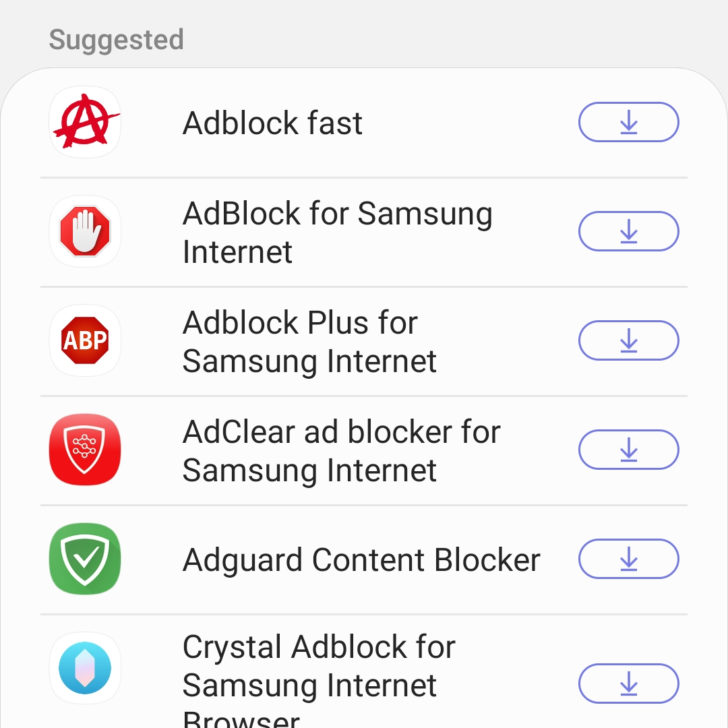 Some of Samsung Internet's ad-blocking extensions

The latest version of Samsung Internet has initial compatibility with WebExtensions, the loose standard that Chrome and Firefox extensions are built with. This should mean, in theory, that Samsung Internet will mostly work with add-ons built for Chrome, Firefox, Opera, and other browsers.

However, there are a few catches right now. Extensions are listed in the Galaxy Store, so this functionality only works with Samsung phones. On top of that, you need a Samsung device with Android 10, which is still in the early stages of rolling out to the S10 series. Finally, there are only three extensions listed right now, and Samsung hasn't updated its developer documentation with instructions for how to publish WebExtensions to the Galaxy Store.

Even though this functionality is in the early stages, it makes Samsung Internet only the third major browser to support general-purpose extensions, after Firefox and Kiwi. Let's hope Samsung works with developers to get more extensions on the Galaxy Store, or allows users to install them from the Chrome Web Store (like Kiwi does).

Hold on to your butts: Samuel L. Jackson's voice coming to Alexa today