Samsung's iris scanner was first introduced in its ill-fated Galaxy Note 7 with the promise of a fool-proof method of mobile security. The claim was based on the fact that virtually no two irises are alike as well as being almost impossible to replicate. Other phones with the iris scanner include the Galaxy S8, S9, Note8, and Note9 families of devices. The iris scanner could be used for phone unlocking, Samsung Pay, and Samsung Secure Folder, but it didn't see widespread support from third-party apps because it required developers to use Samsung's in-house SDK.

Now that Samsung has implemented Google's Biometric API on the Android 10 beta Galaxy S9 and Note9 devices, users can expect to start scanning their eyes to log in to a wider range of apps that also have been updated to use Android 10's biometrics system, such as LastPass, Google Pay, and some banking apps. 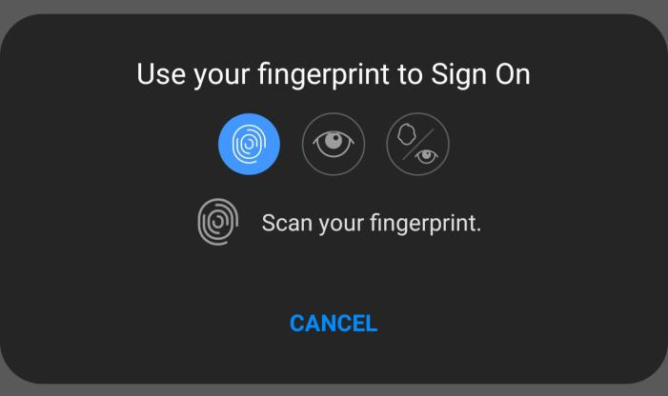 Galaxy S9 and Note9 users on Android 10 now have the option to use the iris scanner for app sign-in using Google's new Biometric API.

Galaxy S8 and Note8 owners, unfortunately, probably won't get their iris scanners supported by the new Biometric API. According to Samsung's Android 10 update roadmap, those older devices will stay stuck on Android 9 (Pie).

If you haven't set up iris scanning on your Galaxy S9 or Note9 yet, or you didn't use it because its usage scenarios were so limited before, you can do so by going into Settings > Lock screen and security > Iris Scanner.

Save up to 45% on select Anker Soundcore Bluetooth speakers and headphones, today only on Amazon