The first device after the Galaxy S10 and Note 10 to get the Android 10 beta update was the Galaxy Note 9. South Korean and UK unlocked Note 9 users got it first, followed by Note 9 users in India a week later. Note 9 users who registered for the beta through the Samsung Members app was greeted with a substantial download file close to 2GB in size. At this time, there is no word when the beta will be arriving for Note 9 users in the US or other regions. 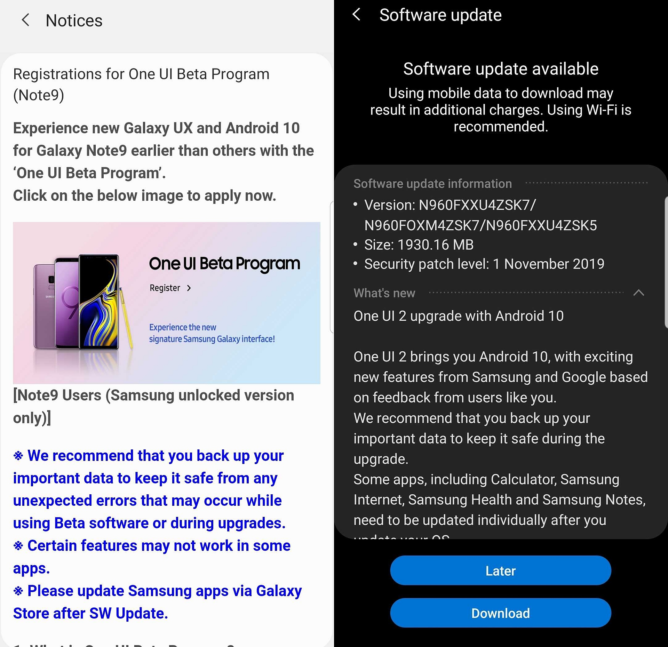 Android 10 beta for Galaxy S9 and S9+ just started for users in South Korea and India and the steps to partake in the beta program are the same — register through the Samsung Members app then initiate the software update by tapping on Download and install in the Software update section within Settings. Just as for Note 9, unlocked S9 users are getting the update first. 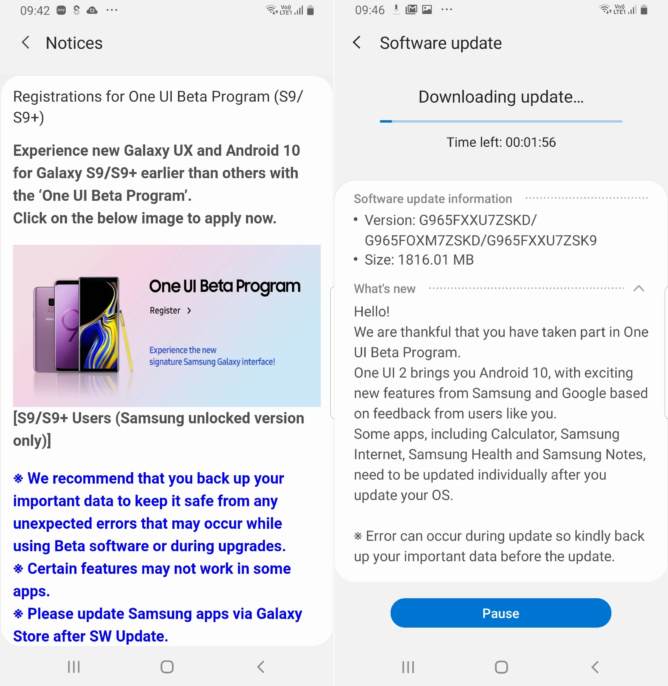 In addition to all the goodies that come with Android 10, Galaxy S9 and Note 9 users also received a camera treat from Samsung: Night mode. Night mode is Samsung's response to Google's Night Sight, which is a special camera mode for taking brighter and clearer pictures in very low-light conditions. After installing the beta update, Galaxy S9 and Note 9 users now have the option to use Night mode also both on their front-facing cameras, as well as on the rear telephoto camera (if there is one). Previously, Night mode was only supported on the main rear camera.

Although the Android 10 One UI 2.0 beta program hasn't arrived for US Galaxy S9 and Note 9 users, we'll let you know as soon as it becomes available.

Now in the US

One UI 2.0 beta is now available to S9, S9+, and Note9 users in the USA who have an unlocked device. Head over to the Samsung Members app to enlist your device, then be ready to download a nearly 2GB file.