The 2019 smartphone lineup from Nokia increasingly focused on the mid-range and the budget segment, with the clear absence of a worthy flagship model. Maintaining that pattern, the resurrected Finnish brand today announced the Nokia C1 — one of the cheapest Android phones in its current portfolio. The new handset and its preloaded OS target the entry-level market portion in developing nations of Africa, the Middle East, and Asia-Pacific, where Nokia will soon roll it out.

Nokia is playing the nostalgia card yet again by reviving its decade-old C series that was among the first to bring Nokia-branded touchscreen phones resembling modern-day smartphones, though with Symbian. This time around, the Nokia C1 is running Android 9 Pie (Go edition), which makes sense considering its basic hardware. It uses a quad-core processor of unknown make along with 1GB of RAM and 16GB of expandable storage. 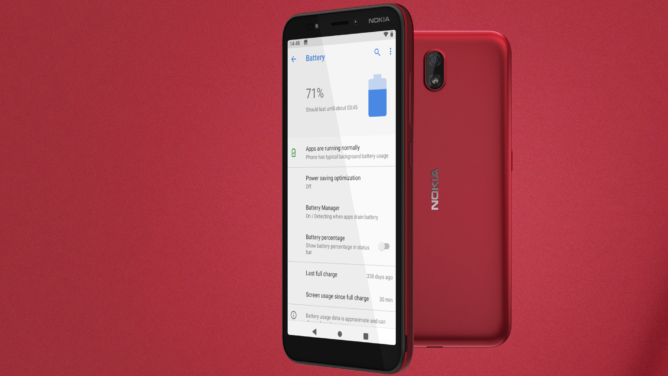 The dual-SIM phone has a dedicated Google Assistant button and a 5.45-inch display slapped onto its front. As far as connectivity is concerned, Nokia hasn’t added support for 4G LTE, limiting the phone to the good-old 3G connection, despite the fact Nokia 1 from 2018 did support the newer standard. This could be specific to certain regions, and Nokia may bring a 4G model after all in other areas. Apart from that, you’re getting 5MP cameras both on the front and back, and a 2500mAh battery to power everything up.

Check out its specifications below:

HMD Global hasn't shared any plan on when its latest budget phone will roll out to the markets it pointed out, nor has it put a price tag on the phone yet. Since the Nokia C1 is clearly made for first-time smartphone users in developing countries, we don’t expect it to make it to the US.

Google is rolling out stolen password protection in Chrome 79