While Netflix is constantly raising prices across its subscriptions internationally, it also debuted a cheaper $3/month plan for mobile-only users in India back in July. The company seems to be caught by surprise by the success of the new tier and is looking to introduce similar inexpensive options to other low-income markets.

During this year's earning calls, Netflix chief product officer Gregory Peters said the mobile-only plan is performing better than expected, and that the company will look at expanding the tier to other places "because we think there are other markets which has [sic] similar conditions that make it likely that that's going to be successful for us there as well." The plan likely won't come to the US or any other Western markets, but users in economies similar to India might soon enjoy the cheaper service on their mobile devices.

Interestingly, according to Netflix' shareholder letter, the Indian mobile-only plan only accounts for "a very small percentage of our total subscriber base," so while the new tier did exceed the company's expectations, it's still a relatively small portion of its income.

The mobile-only plan is now live in a new country: Malaysia. It costs RM17 per month, about half the price of the Basic plan (RM33). Existing users can switch at netflix.com/ChangePlan. 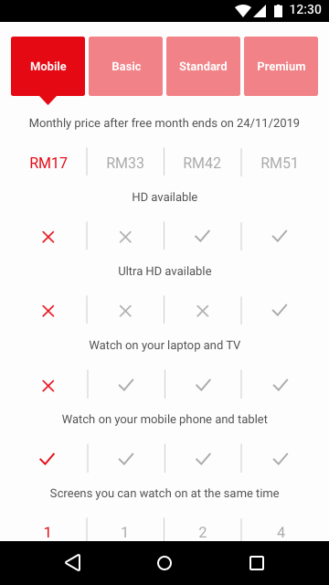 The mobile-only plan has expanded to a new country: Indonesia. It costs 49,000 Indonesian rupees, less than half the Basic plan. New subscribers can sign up here while existing subscribers can switch to it here. 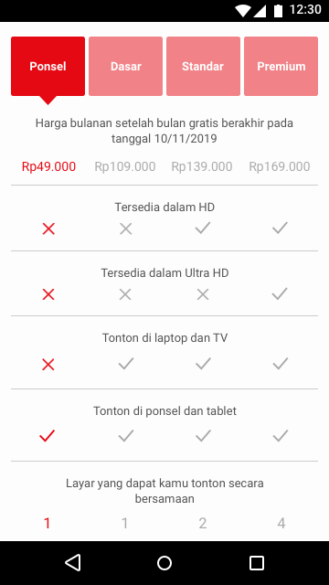