Samsung's Galaxy S10 phones are fantastic devices; they look great, they're fast, and they come packed with features. If you missed Samsung's $200 off Black Friday sales earlier, here's another opportunity to grab them for prices well under MSRP. Right now on Amazon, the 128GB Galaxy S10 and 128GB S10+ are going for $600 and $700, respectively, which is a solid $300 markdown. The 256GB Galaxy S10e is also on sale for $600, down from its usual $850. All three deals are set to expire at the end of the day today. 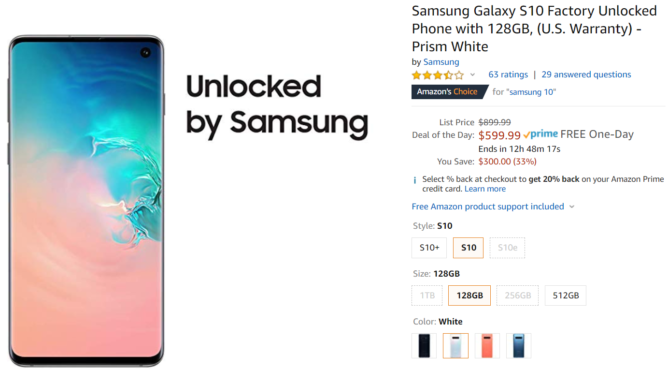 The Galaxy S10 with 128GB of internal storage is of the unlocked variant, meaning it's compatible with all four major US carriers. The price is the same regardless of which color you choose. 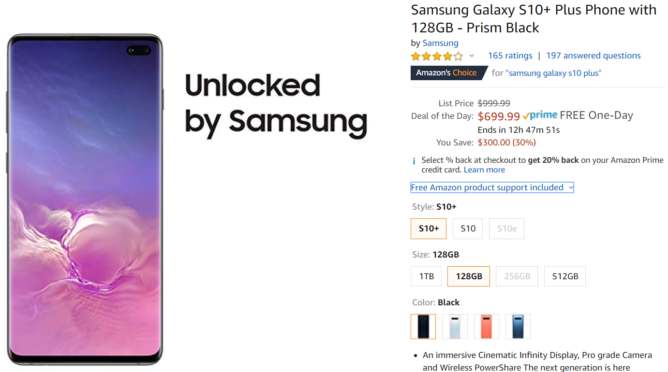 Next up is the 128GB Galaxy S10+ and it's the same story as the S10: unlocked, nationwide carrier compatibility, and four color options.

If you want a smaller device that'll fit inside your hand more comfortably and you'd rather not deal with the finicky ultrasonic fingerprint sensor, there's also the 256GB Galaxy S10e. The $600 price, however, is only good toward the black, white, and prism blue models. Flamingo pink will set you back $648. 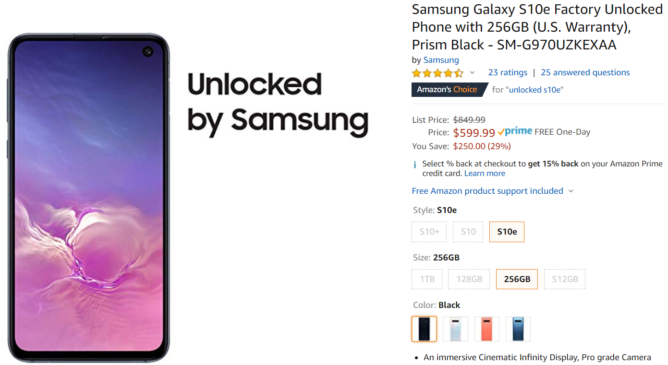 Again, these deals will be expiring at the end of the day. So hurry and check them out at the links below.

If you use Neighbors, your Ring camera footage and location can be easily found by anyone