Head over to your Google Assistant settings, then the Assistant tab, Languages, and pick Arabic in the language selector. You can set it as part of a bilingual choice, along with English for example. Or, if your device is set to the same Arabic dialect, you can simply trigger Assistant by tapping and holding on the Home button, and it will launch. 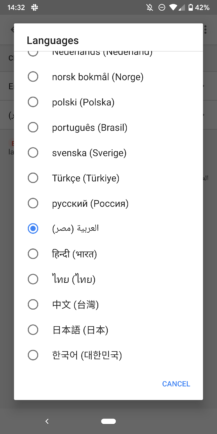 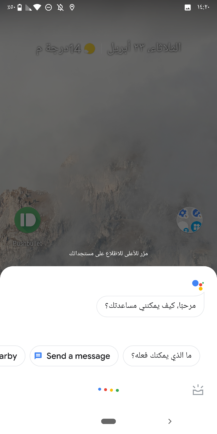 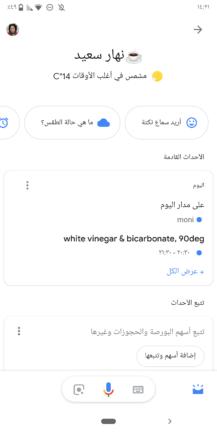 Most of Assistant's smarts work. The dashboard with your agenda and contextual cards has been translated, same with the most important answers (weather, sports, general info, jokes, animal sounds, etc...). However, smart home commands don't seem to work, and I can't get my Google Home Mini to understand a single word. So support appears to be limited to phones for now, which makes sense as Home doesn't add a language until it actually launches in that country. Arabic support for Assistant hasn't been officially announced yet, and it clearly says it's still a beta once you choose it, so keep that in mind. In my experience, some of the pronunciations and words are a little weird.

Google has announced today that Assistant's support for Arabic on phones is expanding to 15 more countries besides Egypt and Saudi Arabia. These are:

I switched my Pixel 2 XL to Arabic (Lebanon) but I don't have it yet. So we'll need to be patient before it hits our devices. Also keep in mind that it'll likely understand and speak Modern Standard Arabic, which is closer to the written language than the spoken one. I doubt it supports regional dialects.

'Motorcycle mode' in Google Maps is popping up for many in India (Update: More countries)