PewDiePie (Felix Arvid Ulf Kjellberg) is best known on YouTube for playing games, and best known outside of YouTube for controversies from playing video games, so it only makes sense that he would lend his hand to creating games as well. His first venture was Tuber Simulator, released in 2016 by Outerminds Inc, and now he's lending his voice (and some creative direction) to a new dungeon crawler game by Poland-based Bulbware.

'Poopdie' is in pre-registration on the Play Store, and will be a free title with in-app purchases. The description reads, "Mold and manage your own Poops! Upgrade them with unique skills. Fart ancient spells. Defeat evil Samron and his army of Buttcreatures."

I can't say "poop-themed dungeon crawler presented by PewDiePie" sounds like something I would want to play, but with how common it is for games to see a surge in sales after only being mentioned by Felix, a title with his direct involvement will probably perform very well. After all, no one likes poop jokes more than children, and children make up a large chunk of Felix's audience. 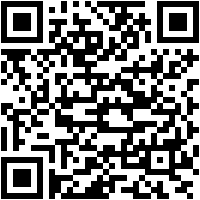 Poopdie is available ahead of schedule on the Play Store

Yesterday Corbin wrote about the pre-registration listing for PewDiePie's latest game Poopdie, and as of this morning, the free-to-play action title is available for download ahead of schedule. You see, the devs had made it clear through a recent Twitter post that the game would be officially launched on the Play Store on December 12th, but since it's currently available for download, it looks like someone has jumped the gun a little early. Because this is a F2P release, you can expect in-app purchases that range up to $49.99 per item, and advertisements are also included. At the very least, user reviews are so far rather positive, so if you're keen to try out Poopdie, you can grab the install from the Play Store widget linked above.