Starting today, all Fi-compatible phones (even iPhones) will be able to scan for spam calls and gain the ability to block specific numbers. When you receive a call from an unknown number suspected of being spam, the phone app will notify you as such and give you an option to block it going forward. 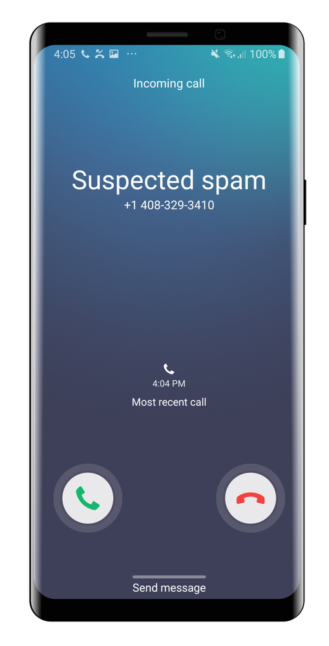 Wi-Fi calling, which allows you to use a Wi-Fi network to make and receive calls rather than using a traditional mobile network, is another feature rolling out to all Android phones on Fi. This will be a big boon to those in poor signal areas, such as underground stations or dense buildings, as both calls and text messages can continue working uninterrupted. To turn the feature on, just launch the Google Fi app and look for it inside "Phone settings."

Those who are serious about Android security will be heartened to know that Google Fi's VPN feature is also available now to all Android phones. No matter where you are or what sort of network you're using, all your data will be encrypted by Google and be safe from snooping eyes. It's a free perk for Fi users and all you have to do is open the Fi app and toggle it on.

Automatic network switching between Sprint, T-Mobile, and US Cellular, which requires special Google certification and testing, remains limited only to its "designed for Fi" phones.

Gmail will soon let you attach multiple emails to a message, save you from forwarding hell