That also doesn't mean we all agree on which phone that is. In a vote among Android Police's seven editors (plus Artem), it was a very close race. The winning phone took away four votes to the runner-up's three, and strong arguments were made for both. In fact, much of the team agreed: both phones had clear merits, and either could be justified as coming out on top. But we voted, and the vote stands: the Pixel 3a is Android Police's 2019 Smartphone of the Year.

Before we get into why we chose the Pixel 3a, I think we owe you a little insight into our criteria. The Android Police smartphone of the year is not simply the best phone of the year. This would make it impossible to acknowledge a hugely important facet of any consumer product; that is, how much it costs. If we were picking a phone only on the basis of how fast, powerful, and fully-featured it was, we'd be ignoring an entire class of important smartphones which seek to innovate on a frontier that, to many people, is far more important than the latest cutting-edge technology: value. Much as an automotive publication wouldn't limit itself by only selecting the fastest, low-volume supercar as "car of the year" because its performance and quality far exceed other vehicles, despite having a much higher price, we don't want to be limited only to high-end smartphones when selecting our phone of the year.

Why we chose the Pixel 3a and 3a XL 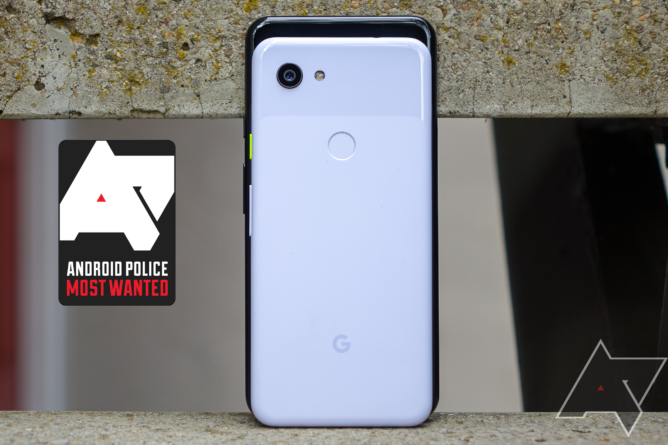 For as hard as we've been on Google's latest phones, the Pixel 4 and 4 XL, not a single one of us could truly fault the Pixel 3a and 3a XL in a meaningful way. We could cite the lack of an IP rating for water and dust resistance, or wireless charging, but both are so rare on phones at this price that we can't seriously consider them drawbacks.

Certainly, phones with better chipsets, more RAM, and cameras can be had for less money (though generally not in the US). Those phones are faster, play games the Pixel 3a can't, have bigger, better screens, and last longer on a charge. These things are all worth considering, and they do mean that the Pixel 3a may not be a very enticing phone to everyone.

But when we looked at what we were most recommending to friends, family, and acquaintances who just wanted a decent smartphone, the Pixel 3a was almost invariably the answer. And that stood out: there really aren't any other affordable Android phones we'd recommended wholeheartedly, even in years past — such phones almost always came with serious caveats. Articulating why the Pixel 3a was so easy to pick wasn't a challenge: Google took everything that was good about the "premium" Pixel — software, updates, and camera — and put it in a (much) cheaper phone.

In the age of $1000 smartphones, it's tempting to get caught up in the discussion of the biggest, baddest, and best — it's the narrative that drives the discussion of technology, and often consumer products in general. And for all of the new, interesting capabilities companies like Samsung, Huawei, OnePlus, and even Google itself are cramming into their latest and greatest, it can become easy to overemphasize the actual importance of these things and the impact they have on people. And quite honestly, it's hard to imagine that impact adding up to an additional $600.

Even as the first Pixel debuted in 2016, there were consistent and persistent demands for a cheaper, less ambitious version of the phone. It took Google until 2019 to deliver, but I feel confident in saying Google delivered.

Rita El Khoury, Managing Editor: "Were it available in my country, Google's Pixel 3a is the only choice I'd recommend to anyone asking me for advice about affordable smartphones. Instead, I have to dig through hundreds of mid-range devices and explain the shortcomings of each: mediocre camera, lack of updates, unreliability, unknown future, poor value, questionable security... pick your poison."

Ryan Whitwam, Managing Reviews Editor: "The Pixel 3a is proof that Google can make an excellent phone when it wants to. It's not just cheap, it's objectively better than numerous phones that cost a lot more money."

Stephen Schenck, Managing Editor: "The Pixel 3a is such a success because you don't feel like you're missing out on anything that matters. Compromise is a delicate balance with smartphones, and it's all too easy for a manufacturer to over- or underdo things and end up with a model that appeals to no one. Instead, the Pixel 3a is the easiest phone this year to recommend to anyone." 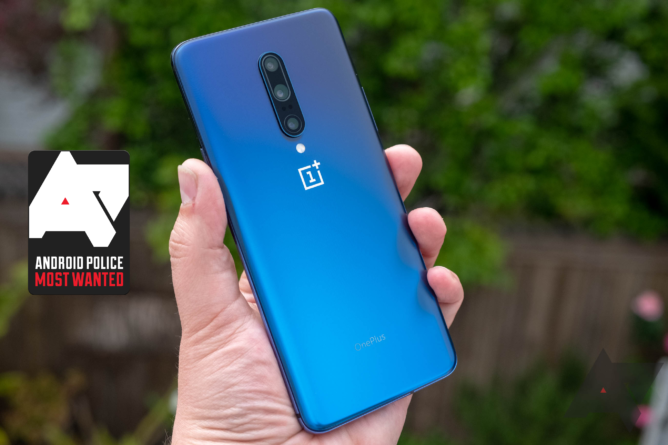 I admit, this was a tough call. The OnePlus 7 Pro had my vote, and I stand by it, but it was so easy to make a case for the Pixel 3a that I've come around to the result. Still, the OnePlus 7 Pro (and the near-identical 7T Pro) deserves a little extolling of its own, because it's the first phone from OnePlus that I can confidently say doesn't require any serious "buts" (just a couple minor ones). It doesn't just compete with the very best phones on the market, it is one of the very best phones on the market, and it's a hell of a lot more affordable than anything else punching at its (considerable) weight.

I think the biggest factors keeping the OnePlus 7 Pro off the throne this year are the two that the company has consistently, frustratingly sidestepped on every one of its phones: no waterproofing and no wireless charging. On a $400 phone, that's pretty easy to forgive. On a $680 one, that's definitely going at the top of our "not so good" column. If the OnePlus 7 Pro did have a proper IP rating and wireless charging, I think the Pixel 3a would have had a much harder time winning this vote, because it would have truly ended the "yeah, but" conversation around OnePlus as a brand. They were so close. And while you personally may not care about them, these things are standard equipment on modern flagship phones. They matter.

But the reasons it came so near the top in the first place are worth discussing, too. Despite the two notable shortcomings above, the OnePlus 7 Pro was a phone that finally had OnePlus not just feeling like it was responding to the competition, it was aspiring to exceed it. A hidden pop-up front facing camera to eliminate the screen notch, a strong triple camera array, excellent 90Hz OLED display, unimpeachable performance, and extremely quick software updates. In 2019, it's clear: OnePlus deserves to be a part of every conversation about high-end phones, full stop. They aren't a cut-rate imitation, they're the real deal, and have frankly far surpassed many brands in overall product quality. Motorola, HTC, Sony, Xiaomi, and LG can't hold a candle to OnePlus in 2019. I can't say I ever predicted that outcome.

Ryne Hager, Senior Editor: "The OnePlus 7 Pro and its big, immaculate screen, crazy performance, and nearly-perfect software almost won me over this year. It's even a pretty great value, but not compared to the Pixel 3a."