Between being preinstalled on many Android devices and generally available for users to download on the Play Store, it's little surprise that Google’s Calculator app is doing pretty well for itself. Last January the app hit the 100 million installs milestone, and now less than two years later it’s already up to 500 million.

There isn’t anything particularly unique about Google’s Calculator when compared to others on the market — aside from that Google name, obviously. It’s just a well-designed app that's easy to use and includes most functions you’d want from a calculator (addition, subtraction, multiplication, etc.). Google’s Calculator also contains no ads or monetization, something its competition doesn’t always shy away from. 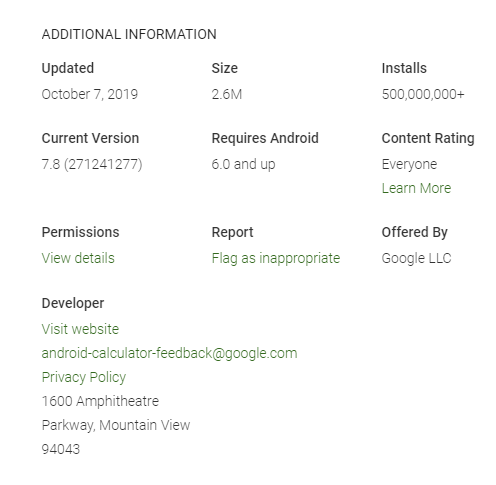 Acquiring 400 million installs in less than two years is no small feat. Coming preinstalled on numerous devices certainly helps, and it's only a matter of time until this useful app crosses the 1 billion download mark.