Pandora, once one of the most prominent names in music streaming, has been overshadowed by competitors like Spotify in recent years. This week, the company is releasing a revamped version of its mobile app with an emphasis on content discovery and personalization.

This new navigation system also prominently features a For You home tab — this will serve as Pandora's version of the discovery feed concept that is becoming standard practice with more streaming apps. Here, users can find a dynamically generated feed of music and podcasts based on their listening history and other factors including the time of day or day of the week.

The For You tab will generate a series of what Pandora calls "modules" of personalized content. These modules will be focused on categories including moods, decades, or up-and-coming artists. According to Pandora, over 35 different modules will be made available over the next few months. 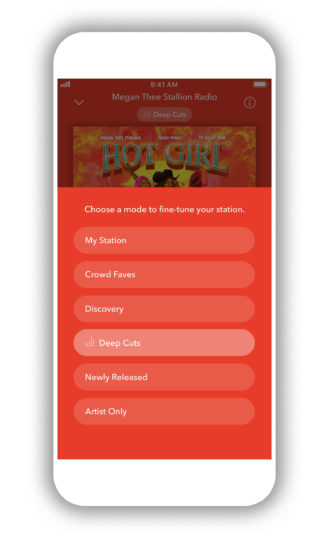 Pandora Modes are coming to mobile for the first time with this update. First introduced through Pandora's browser-based client back in March, Pandora Modes will give users more fine-grained control over what may play next on a given station. Examples of available Modes include "Crowd Faves" (only play songs that are most liked by other users), "Artist Only" (play only songs by the current artist), and "Discovery" (play songs from artists who wouldn't typically play on this station).

These new features will be made available to people on any of Pandora's service tiers; Pandora Free and Pandora Plus users will gain access to a Premium-tier listening session after viewing a short video ad. This should help Pandora expose more ears to its lineup of exclusive content.

Pandora's latest update should be available on the Play Store now, but it hasn't rolled out to our devices just yet.

After rolling out to select users in October, Pandora's new interface and features are now available to all users.

Any.do and WhatsApp team up to let you set tasks and reminders via chat