Google's smart speakers and displays are brimming with features, some of which unknown. Many of you likely never noticed that they can ask their smart displays to star, share, or hide a pic when it comes up, but that feature has been available for a year. Google is now making it more visible by bringing the icons to the screen.

When they're idly sitting, your Nest Hub, Hub Max, and other smart displays can cycle through your own photos as a slideshow. This "Ambient Display" feature makes them the most modern and seamless photo frames. However, if you see a pic you don't like or would rather not show publicly, or if you spot a memory you're fond of, you couldn't really take any action unless you knew the voice commands to use.

Now, some Nest Hubs are starting to show new icons when you tap and hold on the image. These bottom-right options let you share the image with a contact, add it to your Google Photos favorites, or hide it (which archives it in Photos). 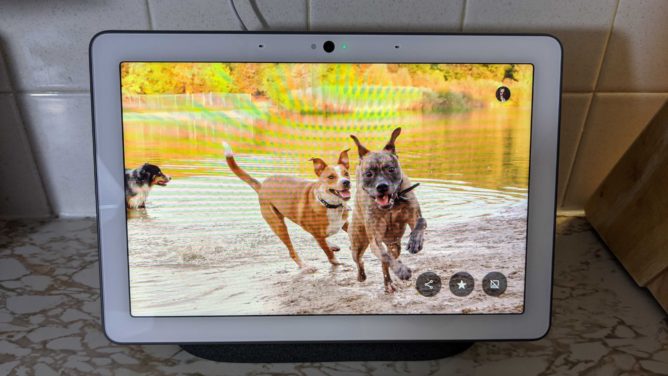 As shown in the image at the top of the post, there's also an optional fourth option: "View memories from this day." It only shows up for pics taken on days where you've shot multiple other pics, and lets you cycle through them exclusively. It's possibly using the same tech as Photos' new Memories feature.

Taylor spotted this function on his Nest Hub, and I couldn't replicate it on my Lenovo Smart Display, but it'll likely roll out to it in an upcoming firmware update. The Nokia 2.3 would've been a good 2020 burner phone if it weren't for microUSB