The OnePlus 7T Pro McLaren 5G (yes, this is a really long name) is the first 5G phone on T-Mobile anyone should care about. And, I would argue, it's the first 5G phone in America anyone should consider buying, because it's actually just a really great phone you otherwise can't get here. It's also the very first phone in the US that can use a 5G network that will actually be available to most Americans: T-Mobile's 600MHz 5G covers over 200 million people, meaning you're more likely than not inside that coverage map.

I spent the last few days with the McLaren 5G here at Qualcomm's Snapdragon Tech Summit in Maui, where T-Mobile provided a number of journalists phones to test out the network. Even here in a relatively isolated resort town, T-Mobile's 5G is already fully lit up. And, in the interest of full disclosure, my experiences with the speed of the network are not likely to map onto yours: T-Mobile has us testing under exceptionally ideal conditions (the antennas are on the roof of the hotel we're staying at) on an exceptionally empty network (no one is using it yet, obviously). That said, I think there are real, important conclusions to share based on my experience, and what you can expect of 5G in the US in the coming years. 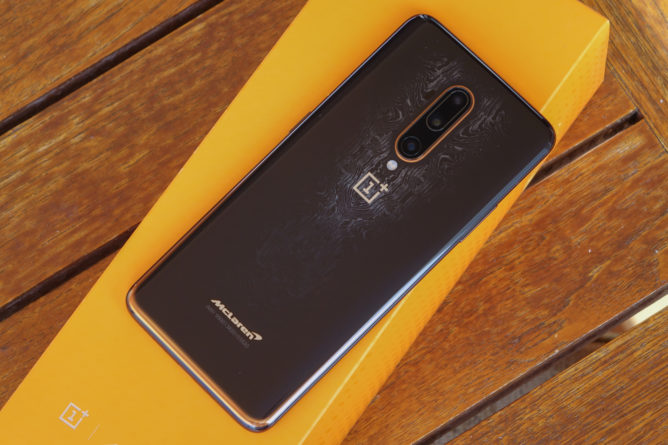 First, let's talk about the network (if this is painfully boring, you can skip to the phone part). T-Mobile's 600MHz 5G network is the only such setup currently live in the US. T-Mobile is dedicating a large chunk of its 600MHz band holdings to 5G: there is no spectrum sharing with its existing 4G LTE network, so customers on the new 5G network aren't sharing bandwidth with existing T-Mobile customers (here in Maui, T-Mo has 75% of the available bandwidth allocated to 5G). That means that they could see, at least initially, serious speed uplifts versus the 600MHz LTE network. Eventually, T-Mobile will merge the two networks using a technology called Dynamic Spectrum Sharing (DSS). That will allow both 4G and 5G devices to use the same, larger piece of spectrum simultaneously, but don't expect DSS to arrive until later in 2020. Right now, for the time being, T-Mobile's 5G customers get a slice of spectrum all to themselves, but the size of that slice depends on how much 600MHz bandwidth is available in your region. Here in Maui, it's the most favorable possible configuration: 40MHz of total available bandwidth, 30MHz of which is now dedicated to 5G (10MHz is reserved for 4G in all 600MHz markets). 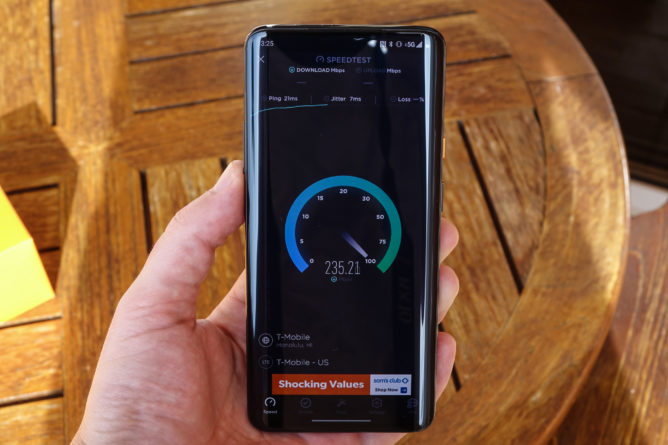 When you have that spectrum all to yourself, a mere few hundred feet from the nearest tower? Yes, it's fast. I cracked 250Mbps down in several particularly favorable tests, though speeds of 150-200Mbps were more typical in my experience. Uploads performed a lot less impressively: 15-20Mbps, generally speaking, though some fellow testers experienced significantly worse and significantly better results than me when it came to these numbers. Most likely, T-Mobile and OnePlus still have some tuning left to do. In reality, T-Mobile says customers can expect, generally, modest gains: a roughly 20% speed uplift on 5G 600MHz versus the 4G network. While speeds on 5G may be higher than that initially, they'll drop as T-Mobile begins to sell more 5G phones and the network saturates.

In terms of signal strength, because T-Mo's network operates on such a low frequency, its towers get a lot of bang for the buck in terms of both propagation and penetration. This is part of the reason T-Mobile has been able to roll out this network with such apparent speed and breadth: on a relatively flat plain, a single 600MHz 5G antenna can cover a radius in the low double-digit-miles (that's propagation), and easily achieve signal even through buildings, foliage, and other obstacles (that's penetration). Those are the major advantages to T-Mobile's approach here: it'll be covering far more customers with 5G than any other operator, and it will likely take those operators a significant amount of time to catch up. If you're sensing a "but" here, though, your intuition is spot on. There's a fairly big one.

The "but": T-Mobile can't change physics

As much as 5G has been hyped for its insanely high speeds, much of that hype has revolved around the millimeter wave networks currently being deployed by Verizon and AT&T (and also, on a much smaller scale, T-Mobile). Those networks really only make much sense in major urban centers and event venues, but they're the ones offering the multi-gigabit speeds Qualcomm and its partners have been hyping for the last several years.

T-Mobile's 600MHz network operates on a frequency around 20,000MHz lower than your typical millimeter wave network, and it has roughly one tenth the available bandwidth (that is, the range of frequency actually in use) of such networks. Bandwidth is what, in the end, determines the maximum speed of a network. Verizon's 5G mmWave network has up to 400MHz of bandwidth at a given cell site. T-Mobile's 600MHz 5G has a maximum of 40MHz of bandwidth (in some regions, it's as little as 20MHz). You can see how this brings things into perspective. 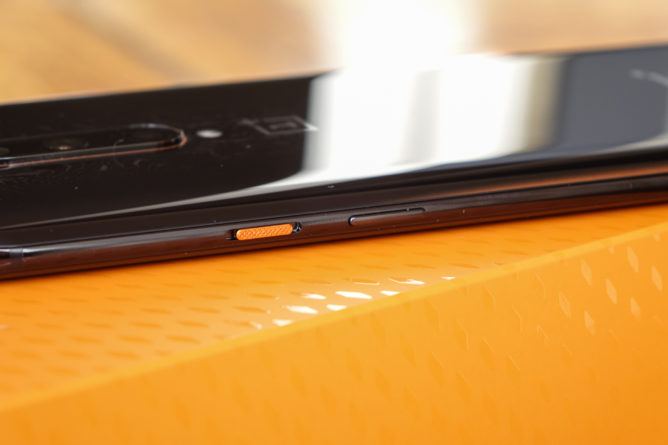 This is why you may sometimes hear carriers and network companies refer to the "fat pipe" concept when discussing 5G, specifically in reference to millimeter wave. Because most of the ultra-high frequencies mmWave utilizes are completely unoccupied, licensing extremely wide bandwidths that offer the potential for far greater speed and throughput is much more feasible. At the much lower frequencies T-Mobile's network operates on, there is far less spectrum available, meaning much narrower bandwidth.

As more revisions to the 5G specification and more advanced network equipment becomes available, T-Mobile will probably be able to squeeze out additional efficiency and speed from this network, but it will never become the gigabit-plus pie in the sky you're hoping for. That will likely require 5G that operates on mid-band spectrum (and even then, probably only when it can become aggregated with other signals), which is the kind of network Sprint is in the process of deploying. And as has been shown in testing to date, even Sprint's slightly-fatter mid-band network still isn't offering the kind of speeds that will put your jaw on the floor. They're fast, certainly (I've seen tests coming in at 300Mbps), but it's clear we have a long way to go before 5G is truly the transformative experience carriers want us to think it will be.

The phone: Is this McLaren 5G-future-ready? 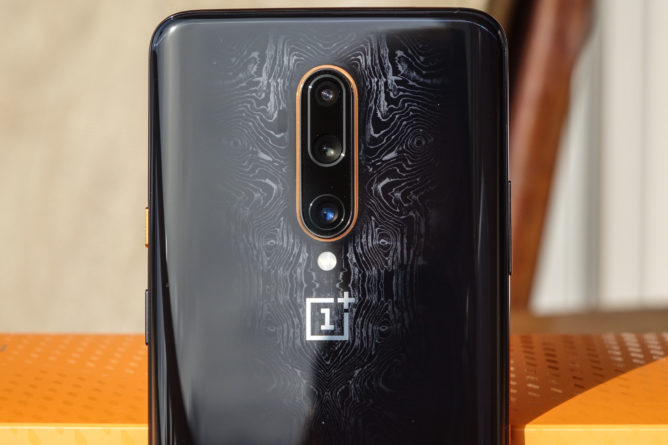 No doubt, it's easy to see the appeal of the (INSERT TOO LONG NAME HERE) 5G. The OnePlus 7 Pro is a great phone, the 7T Pro makes a few improvements, and the McLaren edition puts a bit of icing on the cake, with T-Mobile providing the 5G garnish. For $900, I think this is far and away the best 5G phone on the market. It's a much better value than any of Samsung's offerings, and the omission of mmWave connectivity is basically inconsequential. T-Mobile's mmWave network is so small as to be mathematically negligible, and is likely to remain that way for the foreseeable future. Don't get hung up on it.

The design isn't going to be for everyone (I can't say it's for me!), but it's obviously striking and unique. As for the 5G experience, I had no issues maintaining a connection to T-Mobile's network during my testing whatsoever, and the 5G signal easily penetrated even deep inside the large hotel I'm staying at. It was probably the most reliable mobile hotspot you could ask for during the time I was there. Look for our full review of the phone later this month for more complete thoughts, though. 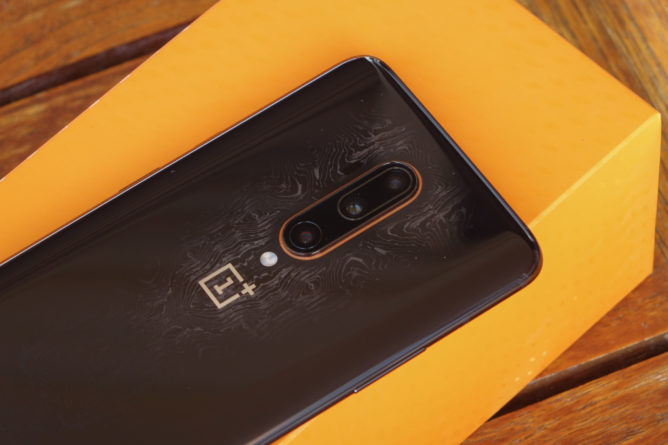 As for concerns about future compatibility with T-Mobile's 5G network? Even if the Sprint merger goes through relatively quickly, I've learned that the McLaren 5G is fully compatible with Sprint's 2.5GHz 5G network, meaning merger or not, this phone will make use of all of the 5G available to T-Mobile subscribers. And unlike Verizon and AT&T's 5G, T-Mobile's is 5G you can actually use right now (and again, if the merger happens, so is Sprint's). Sure, it's not going to offer the insane peak speeds, but at least you get the benefit of being on a less crowded network (at least for a while) with at least some improvement in performance. I certainly think that's a perfectly valid reason to buy this phone. It's even, dare I say, a legitimately attractive one. Far better to buy a phone for a 5G network you can use today that you have to replace in two years than to buy one for a 5G network you're not sure you'll ever get in the first place.

There's also just the fact that OnePlus is making some of the best products in the business right now, and the 5G premium you're paying on this 12GB/256GB monster seems basically negligible. You can also make fun of AT&T's phony 5Ge all your friends are stuck with, which I do think is warranted at basically every possible opportunity. So, yeah: the OnePlus 7T Pro McLaren 5G is the first 5G phone anyone should actually buy. At least if you're asking me. 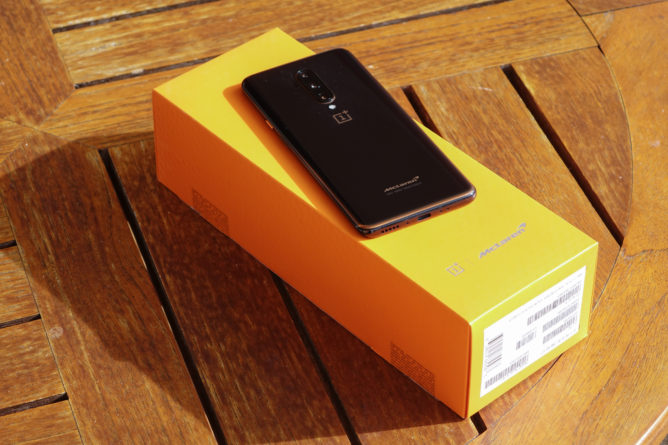