When you live in a remote area, carrier coverage maps are supposed to help you choose the best service for your location so you don't end up with no signal at all. To no one's surprise, a test conducted by the FCC brings to light that some mobile internet providers tend to overestimate the speed and reach of their network — you could even conclude that they're outright lying about their coverage about 40% of the time. The carriers blame the FCC for their inaccurate maps and claim that they just followed the agency's instructions on how to submit coverage data, which they say led to the overestimates, understandably. 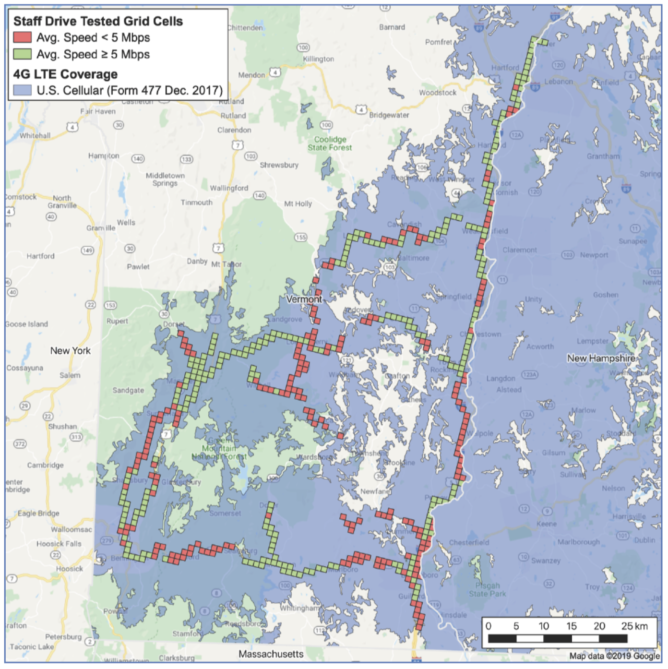 As part of its Mobility Fund II program designed to improve internet access in remote areas, the FCC published a document in which it evaluated rural coverage provided by Verizon, T-Mobile, and U.S. Cellular. According to the paper, merely about 62% of test drives achieved the minimum download speed promised by the coverage maps. U.S. Cellular even only managed to provide that speed in 45% of the tests. The FCC also writes that it couldn't acquire a 4G LTE signal at all "for 38% of drive tests on U.S. Cellular’s network, 21.3% of drive tests on T-Mobile’s network, and 16.2% of drive tests on Verizon’s network, despite each provider reporting coverage in the relevant area."

The FCC tested Verizon, T-Mobile and U.S. Cellular 4G LTE coverage in rural areas and found that THE CARRIERS WERE LYING ABOUT COVERAGE about 40% of the time. https://t.co/XqaU6r4Xpa

Mike Dano, who broadly publicized the FCC's report on Twitter, received responses from Verizon and U.S. Cellular. The former points the finger to the FCC:

The industry told the FCC more than two years ago how to build a coverage map that better aligns with real-world experiences. For policy reasons, the FCC rejected the industry's consensus proposal in foavor of a more expansive definition of coverage. Verizon simply followed the FCC's instructions.

U.S. Cellular is looking forward to working with the FCC to improve its service thanks to the tests, but also declares that "we have said all along that the parameters adopted by the Commission for the submittal of broadband coverage maps would result in overstated coverage, and the conclusions in the staff report come as no surprise to us."

Hopefully, the carriers and the Commission can find common ground, since a coverage map is worthless for customers, regulators, and carriers when it overestimates data. Alternatively, if more people would use services like Opensignal, we might get a better understanding of network availability thanks to crowdsourcing with no need to rely on the FCC and the carriers at all.

Puma Smartwatch review: Last year's rebranded Fossil Sport will have you running for a ...

Spotify celebrates your past decade of music with Wrapped 2019