For those that don't use Android Auto — and those that use it entirely without launching or looking at Assistant — the UI for quite some time has been a full-width block hovering over the top third of the screen. It contains the four standard listening bars which animate into the Assistant logo when it's done listening. 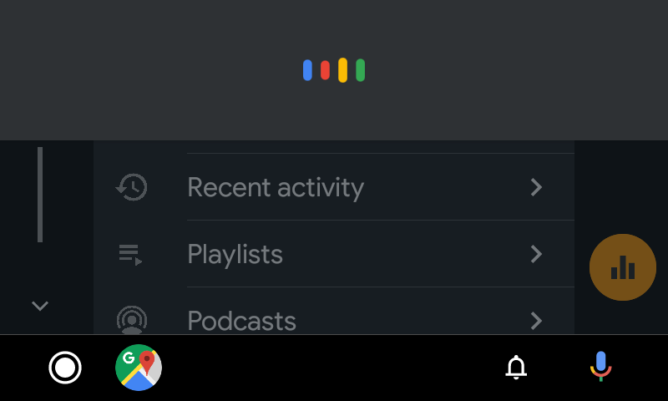 We received a tip that makes a few notable adjustments to the original look without making it feel too different. This variant pushes the overlay near the bottom of the screen and shrinks it down to a smaller rectangle with rounded edges. — Thanks, Devin (from the comments) 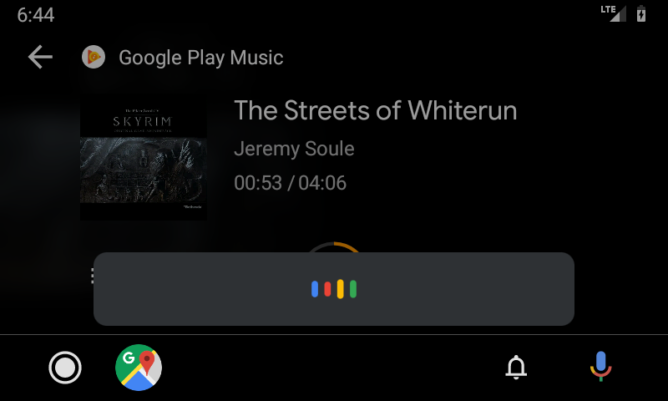 I couldn't get this version on any of my test devices, even with a few attempts at changing app version and hacking around a bit with a rooted phone. It's likely this is a limited rollout for now, but may go wide later. 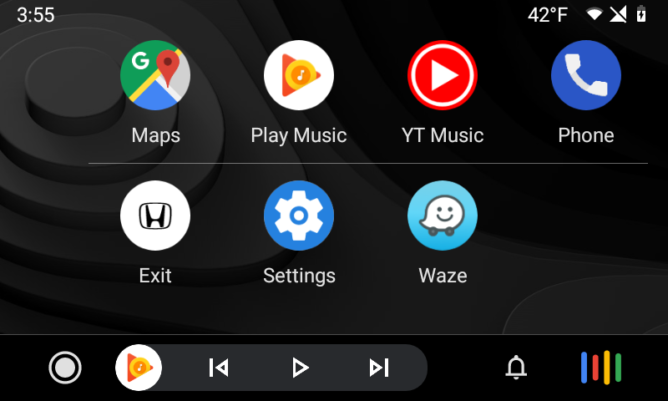 With a little experimentation, I was also able to activate an entirely different UI. While activated, this version replaces the microphone at the bottom right with the four animated bars. There's no overlay and the screen doesn't dim. I suspect this variant is only being tested internally, but there's no way to be entirely certain yet.

Of the three, the third this is my favorite; but I can see that the Assistant feedback animation might not be obvious enough at a glance, which might mean it will be ultimately rejected. Regardless, I like the direction and hope to see something similar to it in the final product.

A few weeks ago, I got a couple new features working ahead of release. The first that allows users to display the local temperature in the status bar, and the second is the long-awaited ability to filter the apps that appear in the launcher. Weather began rolling out to a limited set of few users a couple weeks ago, but now it looks like both features have gone into wide release. 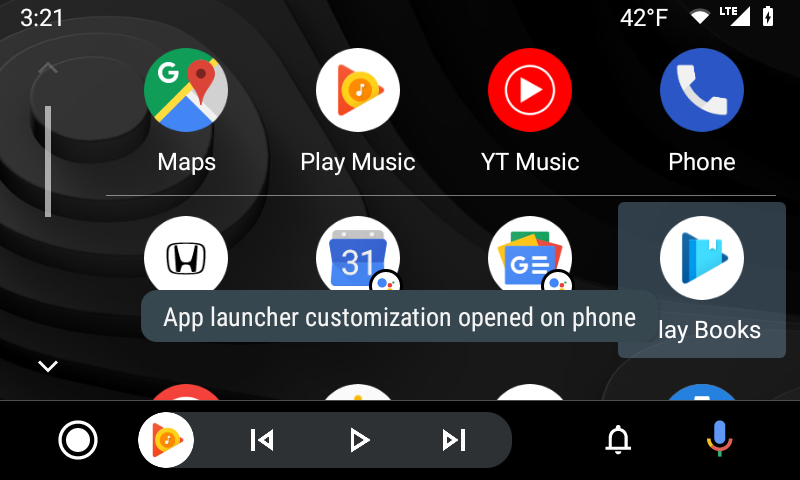 Launcher customization is accessible through two routes: Either long-press an app in the launcher in the car and then check your phone to make changes, or start with Android Auto on your phone and open navigation drawer -> Settings -> Customize launcher. Once you're in here, use the checkboxes to pick which items remain visible. Keep in mind that the changes won't take effect until the next time you connect to the car, which means you may have to disconnect and then plug back in. 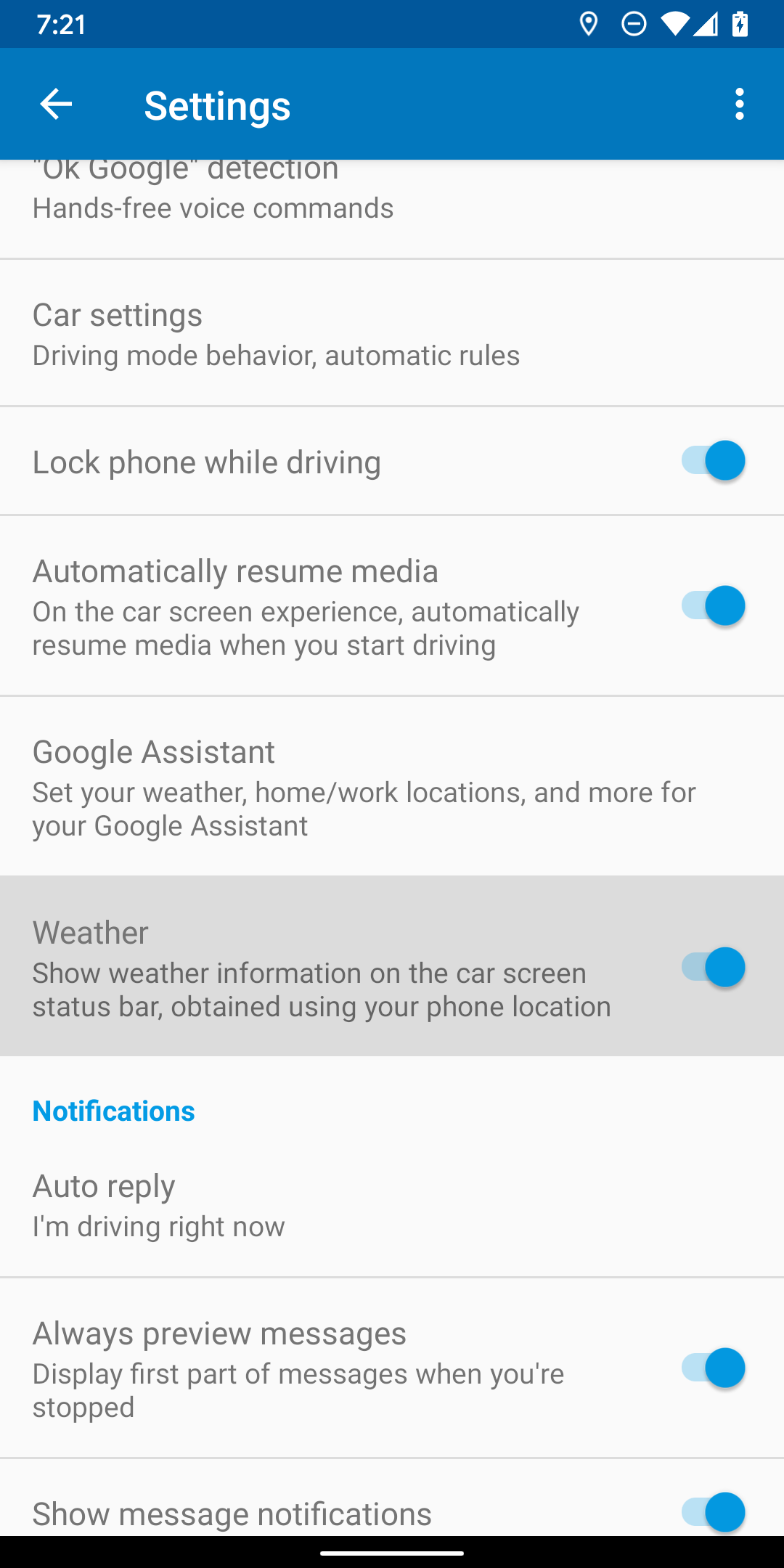 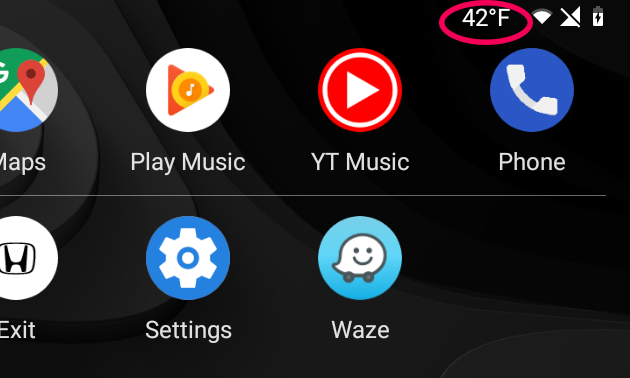 As for weather, I found it odd that about half of my phones had it enabled by default while the other half were disabled. In other words, some people will see the temperature display automatically while others will have to manually enable it first. To do that, just enable the Weather toggle in the Settings page.

There's still a chance they're rolling out to people, but everybody I have checked with has the options, so they appear to be widely available. Both should require v4.8, so if by some crazy change you need a download link from APK Mirror, it's available below.

Chromebooks now come with a copy of Star Wars: KOTOR and free items in Asphalt 9