The Moto One Hyper is the newest phone in Moto's rapidly growing lineup of "motorolaone" series smartphones, and unlike the other phones in the family, this one is a little more about specifications than edge case photography (though it does have a 64MP rear camera). The most striking thing about the Hyper is the notch: specifically, that there isn't one. This is Moto's first pop-up front-facing camera, and like the OnePlus 7 Pro, it gives the phone a clean, full-screen look.

I had a chance to check the Hyper out briefly in Maui at Qualcomm's Snapdragon Tech Summit, and I think it's fair to say this is the strongest showing in the current Moto One portfolio, combining reasonably respectable performance credentials with serious battery, storage, and charging chops. At $400, it's not cheap, but Moto does at least make a case that you're getting something for that money. 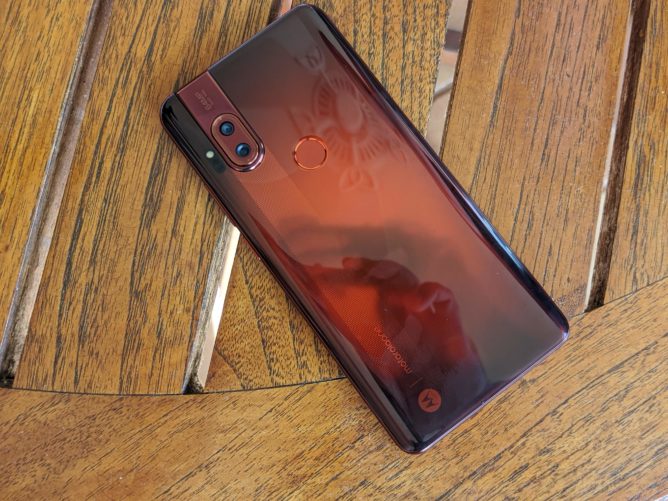 The 6.5" 19:9 display is an IPS LCD, and it looks fine to my eyes; nothing special, nothing terrible. There's a bit of a chin to it, but I think that's forgivable with the true notchless design. It's also a pretty substantial phone, given that it's packing a pretty substantial 4000mAh battery. That battery supports 45W USB-PD charging, which Moto says can take you from 0 to 42% in just 10 minutes. The other big number comes in the form of storage, with 128GB as standard, impressive for a phone in this price category. Like the Motorola One Zoom, it uses the reasonably performant Snapdragon 675, the most powerful chip in Qualcomm's 600-series lineup. That processor is paired with 4GB of RAM, the only configuration being offered (at least in the US, I couldn't confirm regarding other markets). 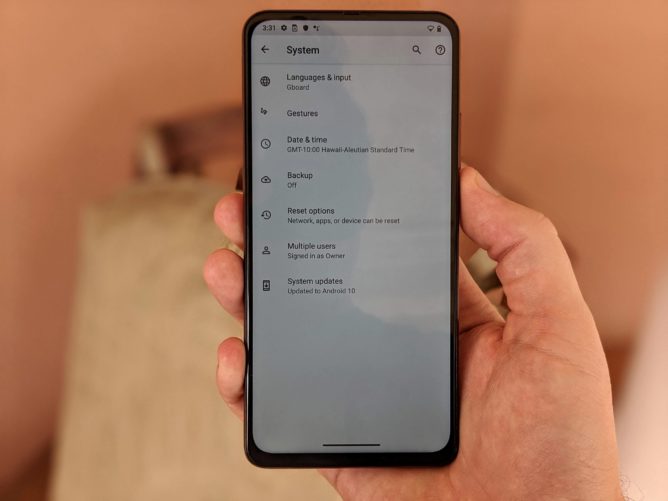 All things considered, I think the Hyper makes for a slightly cheaper but reasonable counterpoint to the Zoom, offering a true notchless design, a more advanced main rear camera, faster charging, and Android 10 out of the box (Moto confirmed the Hyper will get Android 11, but not Android 12). While it does give up the Zoom's OLED display for an LCD, I think that's largely forgivable for what you're gaining here. Oh, and it has a headphone jack.

I have my doubts Motorola well sell many Hypers to American buyers, as this kind of truly "mid-range" phone just doesn't make as much sense in the US. And until pricing for key markets for the Motorola One lineup like India is revealed, I can't offer much comment on how the value stacks up against brands like Redmi and Realme, both of which are offering Snapdragon 700-series phones at seriously competitive prices.

You can order it from Motorola's website starting today. Unfortunately, unlike Moto's E and G series phones, the One Hyper is not compatible with Sprint or Verizon in the US; you'll need to be on a GSM network like T-Mobile or AT&T to use it. 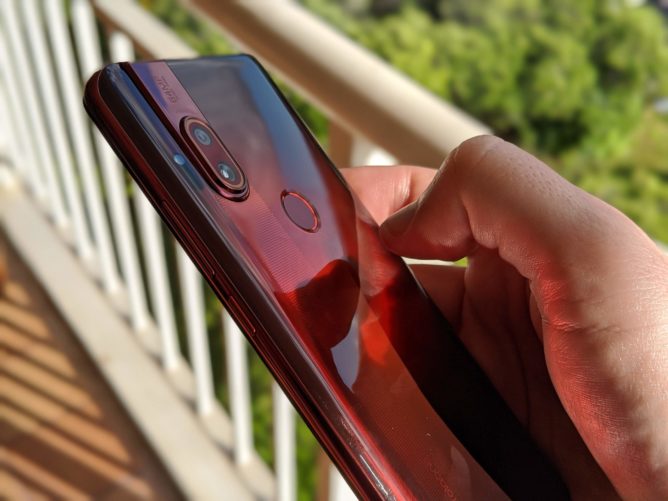