The new version is developed by Marmalade Game Studio, which has already published mobile versions of other Hasbro classics, like The Game of Life and Battleship. While the Play Store doesn't list the price, the pre-order page for iOS says it's $3.99 with in-app purchases. If Marmalade's Battleship adaption is any indication, the in-app purchases will likely be for cosmetics and other items that don't affect gameplay. Here's a snippet of the Play Store description:

Experience the classic board game in a completely new way. MONOPOLY by Marmalade Game Studio on Android brings the board to life with a beautiful animated 3D city and has been carefully designed for an effortless and interactive mobile experience the entire family will fall in love with.

Popular Features:
- A GREAT BOARD GAME - Play the Hasbro classic by yourself or with family and friends!
- A PREMIUM EXPERIENCE - No pay-to-win, no ad pop-ups, approved by Hasbro
- HOUSE RULES - Play with the most common house rules
- QUICK MODE - Finish the Hasbro board game faster than ever
- SINGLE-PLAYER - Play against our challenging AI. No need for friends or family
- OFFLINE MULTIPLAYER - Play together and pass the phone between turns
- ONLINE MULTIPLAYER - Play a MONOPOLY game with people all over the world or create a private multiplayer game to play with your friends and family for a safe online experience

You can pre-register for the game at the Play Store link below. Hopefully, this turns out to be a solid title, and not a simple cash grab. Although, maybe a cash grab would be thematically-appropriate? 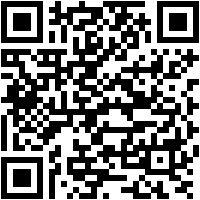 Marmalade Game Studios has released Monopoly on the Play Store

In early November, we learned that Marmalade Game Studio would bring a new version of Monopoly to the Play Store, though at the time, it was unknown how the Android version would be monetized. It would seem Corbin's prediction that the Apple App Store pricing would line up with the Android version is correct since Monopoly is officially available on the Play Store starting today for $3.99, and yes, there are in-app purchases included with the title. These IAPs range up to $29.99 per item and are mainly useful for purchasing DLC, so at the very least, the monetization isn't that bad.

One thing to keep in mind is that the game is currently suffering from disconnect issues, so if you plan on playing online with friends or family, you may want to wait a few days for Marmalade to address any launch bugs. All in all, if you're looking for an offline and online multiplayer Monopoly game to play on Android, this is it, so if you'd like to pick it up today, you can do so through the Play Store widget linked above.

London, 4th December 2019 - - Independent developer and publisher Marmalade Game Studio along with Hasbro, Inc. today celebrates the release of a brand new premium MONOPOLY game on iOS and Android. The studio, known for its inventive and high calibre takes on family favourite games such as CLUEDO/CLUE and The GAME OF LIFE, is proud to launch the definitive mobile edition of one of the most famous and beloved games of all time.

Marmalade's MONOPOLY game not only replicates the instantly recognizable gameplay of the game, but goes a step further in bringing it to life. Featuring a living, breathing city with slick 3D animations, the game allows players to enjoy the wheeling and dealing experience that they know and love in the form of a dynamic, premium video game.

“We’ve always felt that digital board games had the potential to be more interesting, to better reflect the fun and dynamic experience of sitting around a table with friends or family,” said Michael Willis, CEO and one of the two creative leads at Marmalade Game Studios. “We try to draw on our extensive individual experience in creating triple-A console games to craft something more than just a straight adaptation - a version of MONOPOLY that takes advantage of the technology and is perfectly suited to mobile play - without a microtransaction in sight!”

Marmalade has years of experience and collective background in creating high-profile triple-A video games. MONOPOLY for iOS and Android includes a number of new features and additions which make the game more enjoyable, social and accessible for everyone, whether playing around a table or online across the world. Players will be able to play with their own house rules or host speedier quick-play matches, among other special features. Additionally, players will enjoy a game free of any advertisements or pay-to-win microtransactions.

“We are thrilled with what the creative minds at Marmalade have achieved with this fantastic rendition of MONOPOLY for mobile,” said Richard Cleveland, Vice President of Marketing, Digital Media at Hasbro. “They have taken a game with a rich heritage and created an entirely new user experience, while staying true to the spirit of the game fans have come to depend on for over 80 years.”

“We’re really proud of what we’ve managed to achieve with MONOPOLY, one of the most beloved brands in gaming,” added Cristina Mereuta, Marmalade’s COO and other creative lead. “We’ve always been firm believers in surrounding ourselves with the most exceptional talent in the games industry and giving the team the freedom and flexibility to bring great ideas to the table. In essence, we’re perfectionists - and it’s our team’s constant drive for quality that has made this version of MONOPOLY everything it is.”

Hasbro (NASDAQ: HAS) is a global play and entertainment company committed to Creating the World's Best Play Experiences. From toys and games to television, movies, digital gaming and consumer products, Hasbro offers a variety of ways for audiences to experience its iconic brands, including NERF, MY LITTLE PONY, TRANSFORMERS, PLAY-DOH, MONOPOLY, BABY ALIVE,MAGIC: THE GATHERING and POWER RANGERS, as well as premier partner brands. Through its entertainment labels, Allspark Pictures and Allspark Animation, the Company is building its brands globally through great storytelling and content on all screens. Hasbro is committed to making the world a better place for children and their families through corporate social responsibility and philanthropy. Hasbro ranked No. 13 on the 2019 100 Best Corporate Citizens list by CR Magazine and has been named one of the World’s Most Ethical Companies® by Ethisphere Institute for the past eight years. Learn more at www.hasbro.com, and follow us on Twitter (@Hasbro) and Instagram (@Hasbro).

Terraforming Mars is a new strategy board game from Asmodee Digital, now available on the Play Store

Genius sues Google over anticompetitive use of its lyrics (Updated)