Google's knowledge graph is a two-edged sword. On the one hand, it's great for us users and offers us information at a glance before we ever need to enter a website. On the other hand, publishers are losing a lot of impressions because people don't click through to them anymore. This is particularly evident for lyrics providers; ever since Google started to offer song texts in search, traffic has naturally dropped for them. Now, one of the biggest players, Genius, has accused the search engine of illegally lifting lyrics from their platform and has provided evidence in the form of clever apostrophe use.

You read that right. According to The Wall Street Journal, Genius has long suspected Google's search cards of copying its lyrics, starting with rapper Desiigner's song "Panda" in 2016 — whose hard-to-understand text matched Genius' character-by-character. Thus, the company had the (pardon me) genius idea to introduce a watermarking system that consists of alternating cursive and straight apostrophes — ’ and '. Put together and converted into morse code, these spell out "red-handed" in each doctored songtext. Genius claims that it has found more than 100 examples of Google using these exact versions of lyrics since 2017. 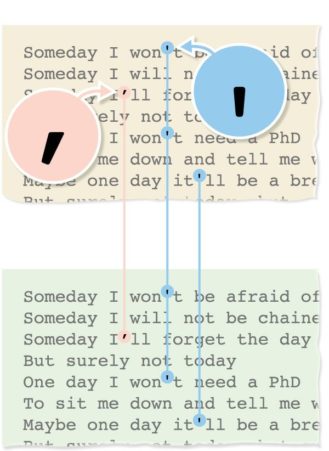 Source: WSJ. The Journal provided an example of watermarked lyrics from the song "Not Today" by Alessia Cara.

Now, we need to put this into perspective a bit. First off, Google doesn't create the lyrics itself but rather licenses data partners such as LyricFind who provide the content. After the WSJ report was published, Google promised it would review the issues raised by Genius and terminate contracts with any bad actors. Secondly, we need to take into account that Genius doesn't own the rights to the lyrics itself, so if it chose to go ahead with a legal dispute it's still going to be a hard case to win, even with such clear cut evidence.

Last but not least, a little tip for Genius: next time you come up with a unique watermarking mechanism, don't trumpet it around like that. Now anyone willing to steal your texts only has to run a script that replaces all cursive apostrophes with straight ones — exactly what Google appears to have done since the accusation as WSJ's example lyrics (Google version and Genius version) now have only straight apostrophes in the search results.

When faced with a smoking gun like this, it was only a matter of time before Google was going to feel pressured to respond. Indeed, the company has done just that, posting a new blog entry that attempts to clear the air.

The company explains that getting its hands on song lyrics in the first place is far from a straightforward process, as publishers tend not to make this information available themselves. Instead, Google resorts to licensing lyric content from third parties.

"We do not crawl or scrape websites to source these lyrics. The lyrics that you see in information boxes on Search come directly from lyrics content providers, and they are updated automatically as we receive new lyrics and corrections on a regular basis."

Google is adamant that it does not scrape sites directly in an attempt to get those lyrics for free, but read between the lines a little and it sounds plausible that we're looking at a situation where one of the third-party companies Google does license lyrics from may have ripped off Genius.

In any case, Google is going to start displaying attribution alongside lyrics that will identify where the text came from.

Five months after Genius first came forward with the allegations against Google, the company is now ready to take the issue to court. It has sued Google for what it calls anti-competitive behavior that has harmed its business. Genius seeks at least $50 million in reimbursements for Google's and LyricFind's alleged actions. The second company in question is said to be one of the third-party lyrics providers who actually offered the ripped songtexts to Google.

It's unclear if Genius has any chance to be successful with its lawsuit since it doesn't hold any copyrights to the lyrics it displays. That's why it doesn't sue for copyright infringement but instead states that taking lyrics from its site violates its terms of service. 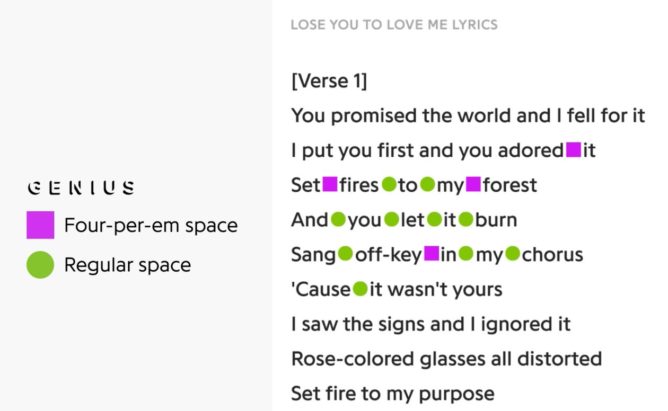 In the meantime, Genius developed a new watermarking system after publicizing its trick with two different kinds of apostrophes. It now uses a variation of four-per-em spaces and regular spaces that look identical to us humans but are a watermark indicating that text has been copied. To the surprise of no one, the practice of ripping lyrics has continued even after Genius first disclosed the issue five months ago.

Monopoly for Android now available for pre-registration on the Play Store (Update: Out now)