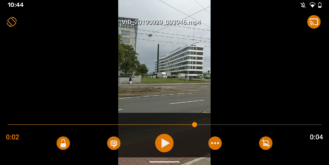 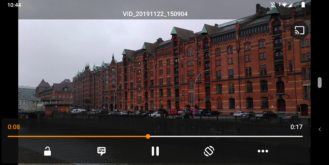 Both the audio and the video playback interfaces have received a facelift. Gone are the orange buttons when you watch videos, making way for much less obnoxious grey icons without outlines. The layout remains mostly unchanged though. Only the rotation lock button has been moved to the bottom of the screen. It replaces the resize tool, which you can now find in the overflow menu. 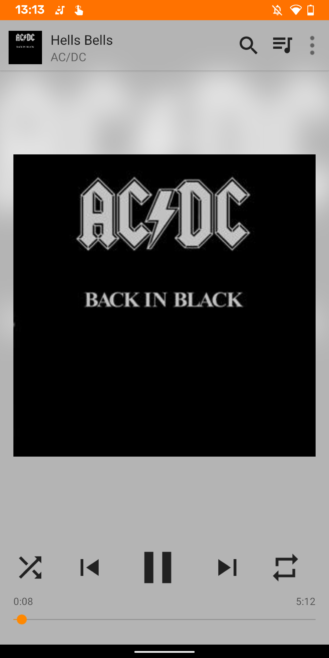 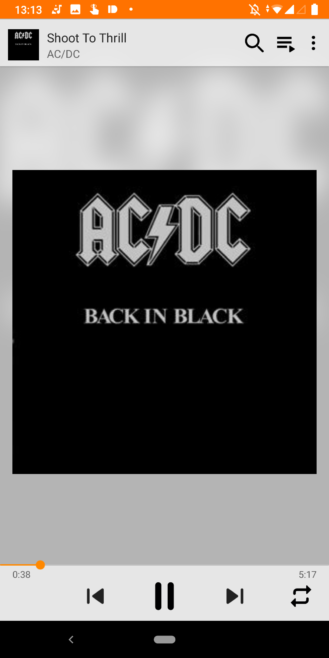 The revamped version of the audio player looks a bit like a copy of Google Play Music's Now Playing interface. It has gained a white bar at the bottom, which contains all playback buttons including shuffle and repeat. The scrub bar moved from the bottom of the interface to sit at the top edge of the new box. Other than a now opaque top bar, the rest of the immediately visible interface remains unchanged – the album cover is still shown on top of a blurred bigger version of itself. Feature-wise, the equalizer sees the most drastic enhancements. When you open it through its entry in the overflow menu, all sliders are finally visible at one glance and all bits and pieces are properly labeled. 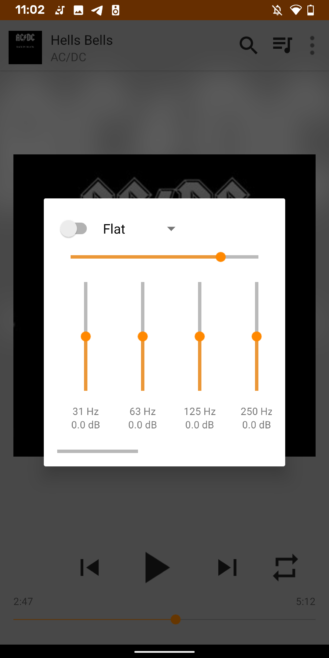 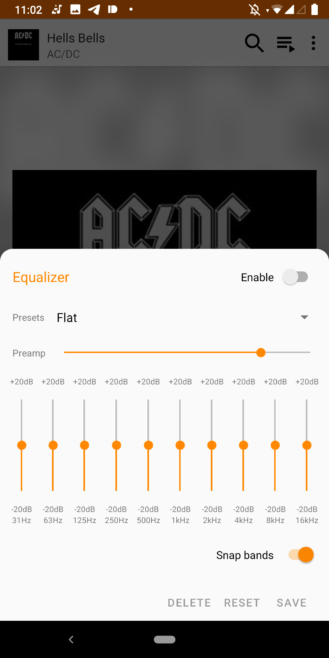 If you use the app on a Chromebook, you'll be happy to learn that it now supports multi-selection of icons with Ctrl and Shift. The developers also implemented "most" of the VLC desktop player keyboard shortcuts.

On Android TV, the VLC library has become searchable via voice right from the launcher, and browsing your files within the app itself has been made more efficient thanks to the inclusion of filters. SMB support has been improved, too: The login process should be easier, and there shouldn't be any conflicts between v1 and v2/v3 of the protocol. 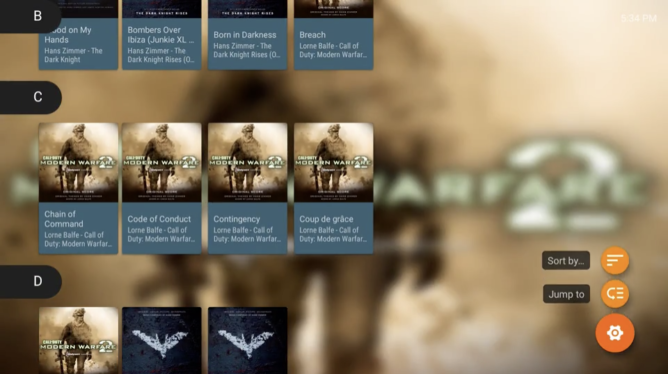 Sort by and Jump to make it easier to browse your extensive media collection on Android TV.

It looks like the update hasn't widely rolled out to the Play Store yet, so if you're eagerly awaiting the new version, go ahead and download it from APK Mirror.