The Galxay Tab S3 is getting to be pretty old, as it was originally released in 2017, but it's still a perfectly capable tablet for media consumption and light work. Now you can get the Tab S3 for just $299.99 from Amazon, a drop of $178 from the previous price.

While the Tab S3 is a bit old, it's still fast, thanks to its Snapdragon 820 processor and 4GB of RAM. Other specifications include 32GB of internal storage (expandable via microSD), a 9.7-inch Super AMOLED screen with a resolution of 1536x2048 in a 4:3 ratio, and a 6,000mAh battery. An S-Pen is included, which is a nice touch. 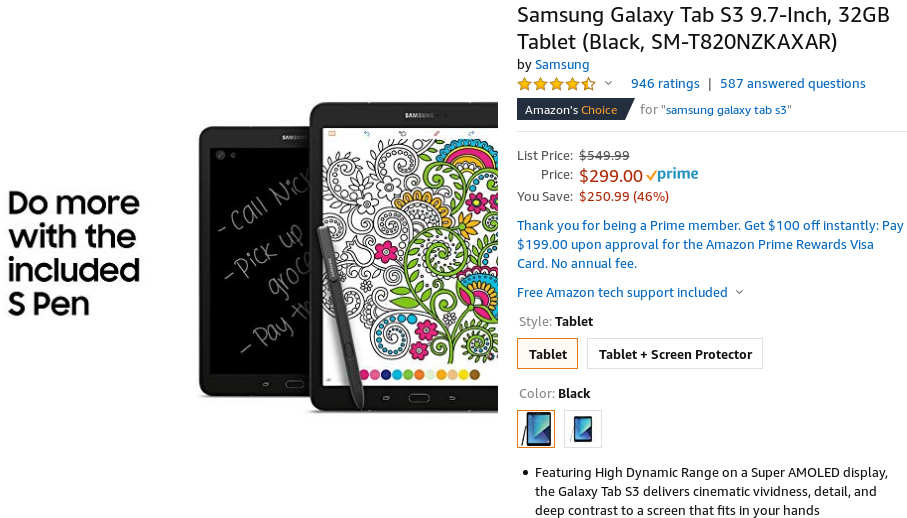 While the latest-gen iPad for $299 is objectively a better deal if you're looking for an excellent tablet experience, the Tab S3 isn't a bad choice if you prefer Android. The Tab S3 originally came with Android 7.1 Nougat, but it has since been updated to Android 9 Pie. Samsung DeX isn't supported though, so the OS can't turn into a Windows-like interface like on newer Samsung tablets.

The unlocked Galaxy Note9 is $649 at Amazon, its lowest price ever, today only