As you can see in the trailer above, SaGa Scarlet Grace: Ambitions has been enhanced over the original PS Vita version of the game. The graphics are clearly much more suitable for HD devices, though the PS Vita roots still show thanks to a lack of complexities in the game's textures and environments. Still, the graphics have been improved across the board, so there's no doubt that the new Ambitions version of the game offers the best graphical experience to date.

Of course, the current asking price for the Android version of SaGa Scarlet Grace: Ambitions is a little tough to swallow, though it's not unexpected. Premium Square Enix ports on mobile have always been priced too high. While I can appreciate that SaGa Scarlet Grace: Ambitions is an expanded port of a game that's only three years old, I can't help but feel that this money would be better spent on a version for the Switch or PC, but of course, this comes down to personal preference.

All in all, I'm happy to see the arrival of SaGa Scarlet Grace: Ambitions on Android, because I'm always a sucker for a quality JRPG, though I can see how the price will be a turn off for most. At the very least, if you do decide to purchase the game, you're getting over seventy hours of gameplay, which is a heck of a lot more playtime than the majority of mobile games offer. So if you're looking for a lengthy single-player JRPG and don't mind spending $23.99 on the Android port, feel free to purchase SaGa Scarlet Grace: Ambitions through the Play Store widget below. 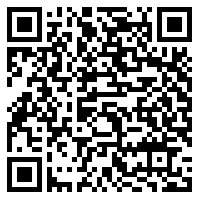 The world of SaGa SCARLET GRACE: AMBITIONS is full of conflict and intrigue. The Firebringer, a fallen god and bane of humanity, wrought havoc on the planet. To survive, mankind built an Empire with one goal: defend humanity from this wicked creature. Now, after a millennium of battle, the Firebringer has been defeated. Left without a unifying purpose, the Empire falls to rebellion. Amid the chaos, four adventurers set out on journeys that will change them and the world. Gamers can shape their own destiny, playing as these four exciting protagonists - Urpina, Taria, Balmaint and Leonard - each with their own unique storyline, allowing players to enjoy four different adventures in one game.

To celebrate the release of SaGa SCARLET GRACE: AMBITIONS and welcome new players into the world of SaGa, a 20% discount is available across all platforms*.

About SaGa SCARLET GRACE: AMBITIONS
Multiple protagonists and an unrestrictive free scenario system offer a multi-layered story experience that can only be found within the SaGa series. The ‘timeline system’ at the core of the battles brings added depth to the gameplay, with mechanics such as ‘Inspire’ and ‘Formations’, alongside a highly distinctive character progression system that moves away from traditional character level-up systems known within the genre. Experience the most unique RPG out there!
About Square Enix, Inc.
Square Enix, Inc. develops, publishes, distributes and licenses SQUARE ENIX®, EIDOS® and TAITO® branded entertainment content throughout the Americas as part of the Square Enix group of companies. Square Enix Ltd. also has a global network of leading development studios such as Crystal Dynamics® and Eidos Montréal™. The Square Enix group of companies boasts a valuable portfolio of intellectual property including: FINAL FANTASY, which has sold over 147 million units worldwide; DRAGON QUEST®, which has sold over 78 million units worldwide; TOMB RAIDER®, which has sold over 74 million units worldwide; and the legendary SPACE INVADERS®. Square Enix, Inc. U.S.-based, wholly owned subsidiary of Square Enix Holdings Co., Ltd.