Right now, sharing individual pictures from your Google Photos account is a hassle because each picture has to be its own album. But for sane people, they'd rather have it a simpler way. After lots of work and tailoring, Google has responded with a private, in-app conversation client for users to share any number of photos and videos one-on-one or with certain groups. 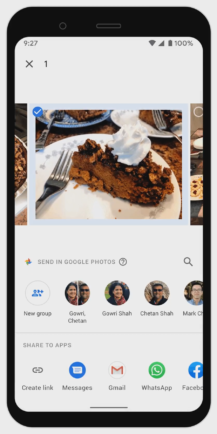 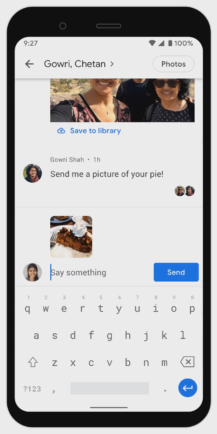 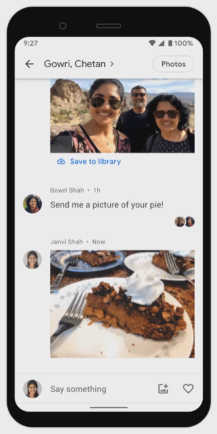 Google Photos users will be able to share any number of media — well, up to 20,000 pieces per conversation — in the quality that was backed up to their account with certain people or groups in the app's share panel. Users can create and add people to new groups as well.

From there, pictures will be laid out on a dedicated thread where people are able to 'like' the pics and clips and chat about those memories. This isn't really meant to be a full-blown messaging client, just a way to focus some people's attention on a certain time or place. 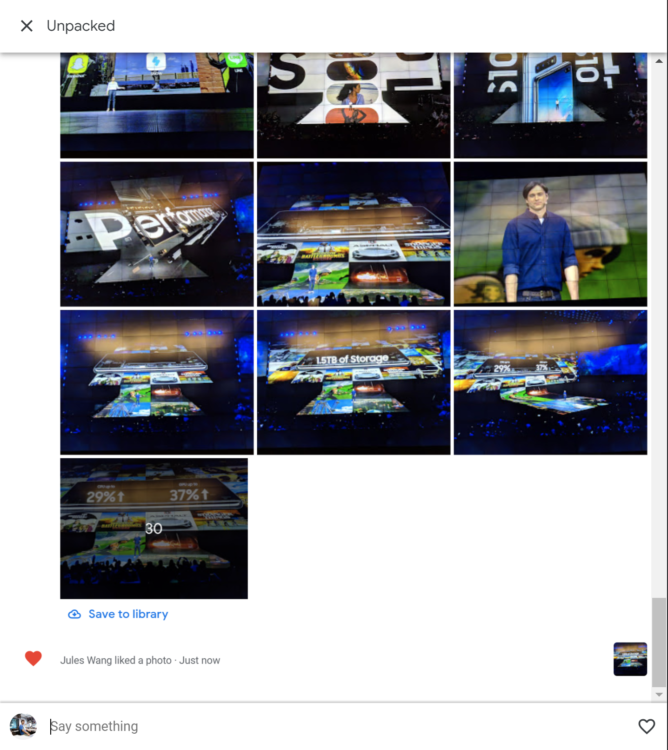 Google Photos product lead David Lieb had taken complaints about the existing sharing scheme back in July and was receptive to feedback about how his team could improve it. This

Ok yes I agree -- we plan to simplify that page.

As Google Photos is a major touching point for people who use its free back-up service, there's some reasonable expectation for those same users to stay on the app to share their memories with family, friends, and whoever they'd like.

You'll see this and a cleaner-looking Sharing tab on Android, iOS, and the web starting this week.