The Pixel 3a and 3a XL already got the nod from David at their original prices for bringing Google's famed camera chops to a much more affordable package. For this Black Friday, the deal is getting even sweeter with many popular retail stores discounting the unlocked Google mid-rangers by $100, pulling their respective prices down to $299 and $379. You can save further with some retailers if you’re willing to start a new line with some specific carriers.

Both phones are among very few smartphones in their price range to sport an FHD OLED panel. Even though the Pixel 4 series is now out featuring better optics, the Pixel 3a duo can still blow most of their direct competition out of the water when looking at the camera quality. Plus, the phones come with strong software support from Google as they got Android 10 alongside their pricier peers. 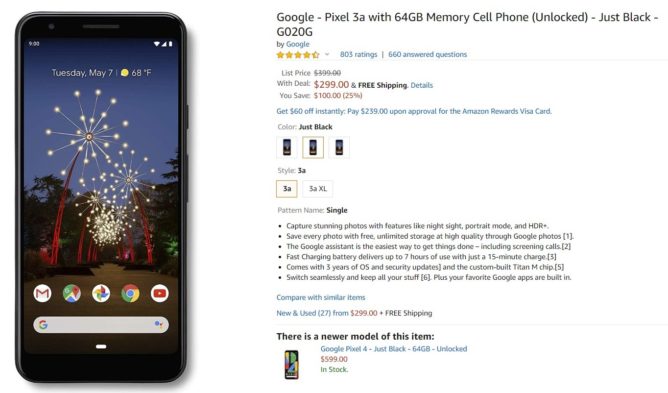 This deal is live across major stores, including, among others, Google Store, Amazon, and Best Buy, and the stocks are already running out considering the holiday rush. The stores have slashed the list prices of the unlocked Pixel 3a and the 3a XL to their discounted rates, so you don’t need to take any additional steps while checking out.

Best Buy is offering an additional $50 off (total $150) on unlocked variants if you choose to activate service with its partner carriers immediately. The offer gets even better for Sprint users who are willing to start a new line or open a new account. Target, on the other hand, is discounting the phones by $100 on qualified activations with Verizon, though you’ll have to pick your device up from a nearby store after reserving it online. 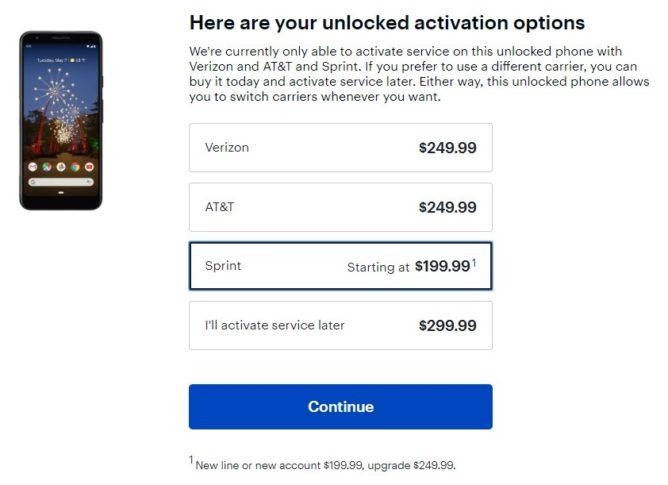 Best Buy's activation offers for the Pixel 3a

You can also look at our comprehensive Black Friday deals page to find a more suitable phone, and many more products, if the Pixel 3a isn’t your cup of tea.