Last year, Moment revisited its Tele 60mm lens to redesign it with modern smartphones in mind. The outcome was a new Tele 58mm that delivers a sharper image and eliminates the vignetting that was so common with the wider lenses of most new smartphones. Moment is back at it again this year, but this time it's the Superfish lens going under the microscope. There's now a new Fisheye 14mm with similarly big improvements over the original, and we got to spend a little time to test out what the new glass can do.

The term fisheye may not be immediately familiar to everybody, but they're ultra wide-angle lenses that stretch and bend objects as they get further from the center of the frame, and nearby objects are given a lot of emphasis while things at even a medium distance look like they're very far away. These lenses are very common in action cameras like a GoPro because they can be worn or kept very close to the action while getting everything in frame, and they typically emphasize movement of the surroundings, which makes everything look more dramatic.

Fisheyes can be a bit challenging for inexperienced shooters, but they are very versatile lenses with a lot of room for creativity. Do to the distinct effect, they're often chosen for shooting editorial images, sports, and advertising. And since they are so wide, it's possible to get really close to a subject while getting a lot more in frame, which also makes them good for things like vlogging and architectural photography. 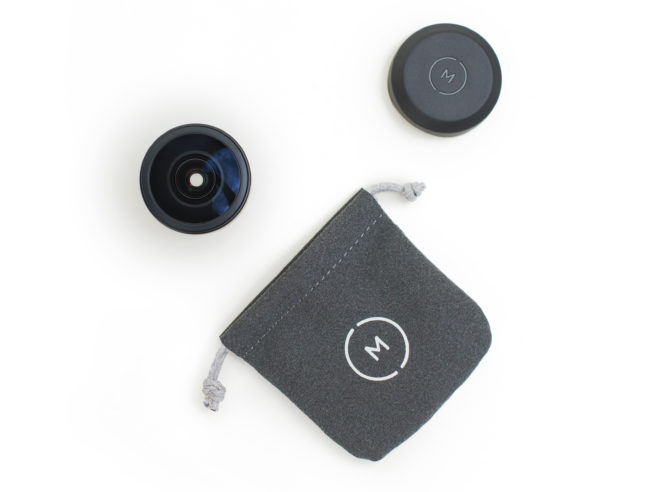 Moment's new 14mm fisheye has a similar focal length and effect to its predecessor, the 15mm "Superfish" lens, but it has gone through a complete optical redesign. The new glass arrangement includes a bi-aspheric lens that delivers a sharper image out to the corners and a rear element projects light onto a 15% larger surface, so newer phones with wider built-in lenses shouldn't suffer any vignetting. 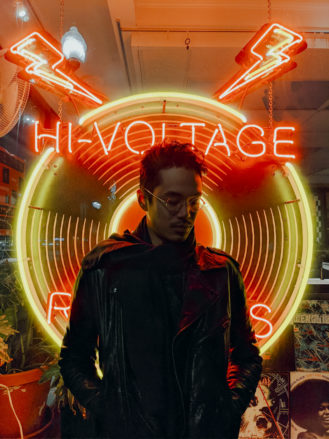 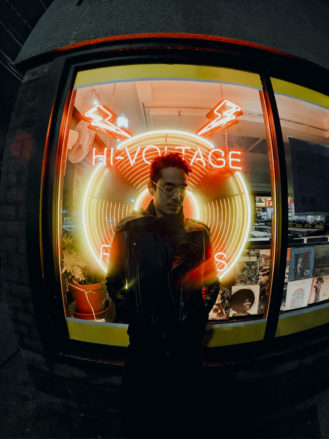 Moment designed both its original 15mm and the new 14mm lenses to reduce some of the notorious fisheye distortion so pictures and video are useful straight out of camera. The Moment Pro Camera app is also scheduled to get an update in the next few weeks with a new adjustment feature that makes it easy to de-fisheye your images. The iOS version should have just received this update.

Moment sent over one of the 14mm lenses to try out a few days ahead of the announcement. Sadly, the weather really fought with me every inch of the way, so there aren't many sample images right now, but I did get a good feel for what this glass can do, so we've got a mini-review. More images and some video will be coming in a few days.

I'll begin by saying a fisheye lens is a ton of fun to use. It breaks many classic rules of photography, if not completely reversing them. With most cameras, you're always backing up to get a good shot. Not so with a fisheye, it almost insists you get closer. Are you used to shooting straight on at your subject? Forget it! A fisheye wants to look up at the world from ground level or go up high for a view of the world below. If you're ready to experiment and get creative, this is the glass for you. 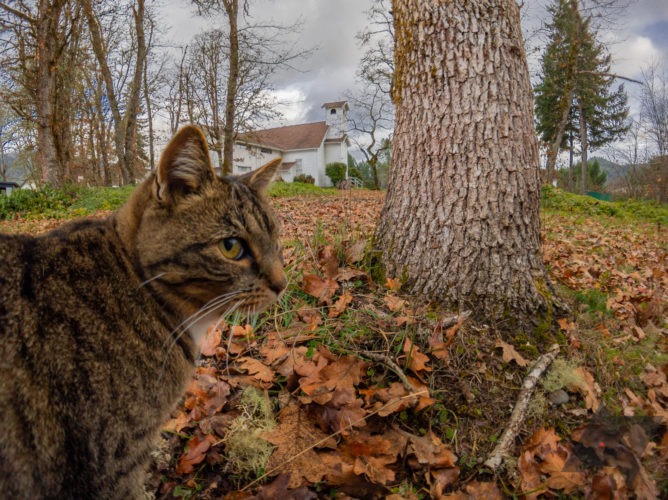 Subjects become exponentially more important as you get closer to them, and even small amounts of distance start to look really significant. For example, the photo above has my cat next to me and a building in the background. You wouldn't think it, but the tree on the right side was close enough to touch and the building is within throwing distance. Also, the building isn't on a hill, the ground is basically level, but it all looks more dramatic with this perspective.

Most lenses will give you evenly proportioned images straight out of camera. Everything the camera sees will look like it does when we look at the world with our own eyes. However, a fisheye lens is more like a funhouse mirror. Straight lines twist as if they were directed by Tim Burton and you can get the horizon to bend like melted plastic by angling the camera up or down a bit. The photos above show just how much a fisheye can warp straight lines as they get closer to the edges. 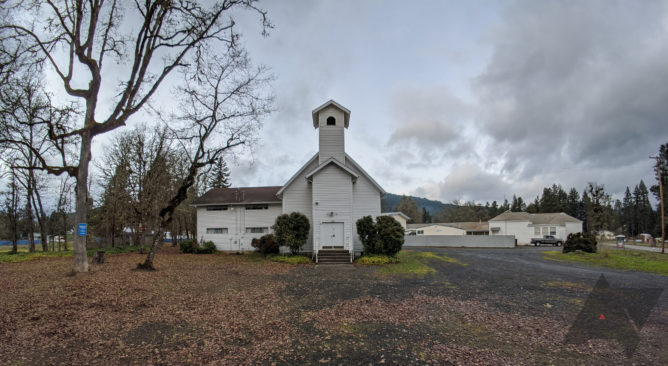 With some positioning, it's also possible to get images that look perfectly normal. The shot above was cropped to remove an unnecessary amount of foreground, but otherwise is completely unedited. With a few seconds of editing, I was even able to remove the small amount of bowing from the roof of the building. Again, it's all in how the lens is used.

All of this might sound horrible to some people, but it's these idiosyncrasies with a fisheye lens that make it interesting. However, a lens like this isn't useful for everything. For example, you wouldn't want to shoot portraits with a fisheye or you'll risk unflattering effects like a stretched out forehead, abnormally long limbs, or simply making somebody look fat — again, it can be like a funhouse mirror. If you're mostly taking pictures of friends and family, you'll probably want to play it safe and stick to another lens or just the smartphone by itself. While portraits might not be the best use case for a fisheye lens, many vloggers actually prefer them. The wide viewing angle makes it easy to keep yourself in frame, and it's actually more comfortable to use since you won't have to stretch your arms quite as far. I will post video in the next couple of days, once I can get back outside without getting soaked in the rain.

Yes. A fisheye lens isn't a good fit for everybody, but if you're looking to get more creative and experimental with your photos, or want to get some really fun videos, Moment made the perfect lens for you. It's fun to use, enables lots of perspectives that aren't possible with smartphones or most expansion lenses, and it produces some great results. It can also be a high quality alternative to action cameras (as long as you don't need their durability), and it will cost considerably less.

Most professional photographers and enthusiasts will instinctually say that nobody should get a fisheye as their first lens, but seeing as most smartphones are coming with more than one rear camera, you may not be as hard pressed to seek out the Tele or Wide lenses. They're still useful, especially if want to push the focal lengths further than your phone does now, but the fisheye can actually offer something that's not really available in smartphone cameras today, which might make it a more compelling first lens.

Woot has a bunch of Anker deals today only, but some are better bought off Amazon