Google's Stadia release seems rushed, as many advertised features like family sharing, a UI for achievements, and the ability to use existing Chromecast Ultras for game streaming are still missing. At least the company is keeping one promise it had made to appease customers during the hectic launch: Buddy Passes are currently rolling out to people who purchased the Stadia Founder's Edition.

Some adventures are better with a friend!

Whether you’re gifting a Buddy Pass or are the lucky recipient of one, here’s everything you need to know to begin playing on Stadia. pic.twitter.com/Rf5PqzZXAB

Two weeks after the first Founder's Edition boxes shipped, Google is giving out codes you can share with friends to give them three months of Stadia Pro free of charge. Once the Buddy Pass has rolled out to you, you'll see an envelope icon in the top left corner of the Stadia app on your phone. Tap it to retrieve the access code and send it to a friend. Your buddy can redeem it in the Stadia app and create an account. 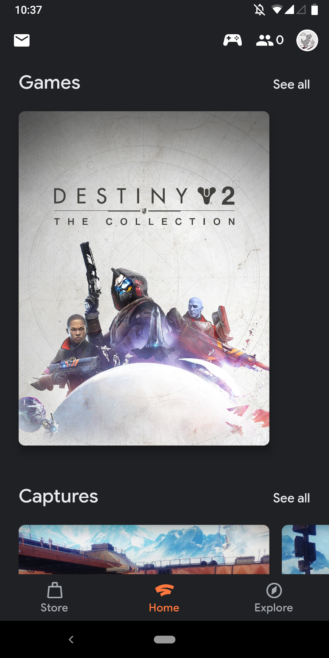 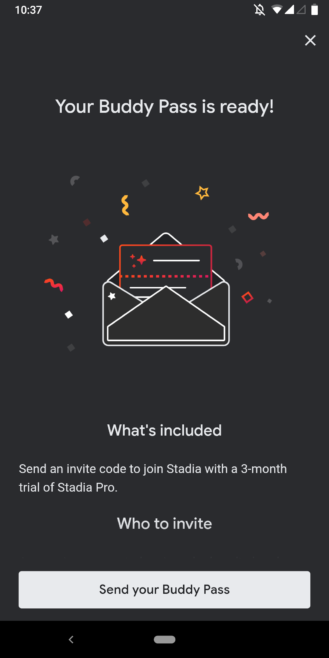 Tap the envelope icon in the top left corner of the right screenshot to access and send your Buddy Pass.

To play, your friend just needs to fire up Stadia in Google Chrome. They can optionally purchase a standalone Stadia controller (not available in the US yet), but they may also resort to PS4 or Xbox gamepads they own or just use their mouse and keyboard. Hopefully, Google picks up the pace and adds in other promised features soon.