"Flip to Shhh" launched with the Pixel 3 as a way to quickly enable Do Not Disturb on your phone by simply turning it so the display was face down. Even though the feature shouldn't have required any special hardware or capabilities, Google chose to keep it exclusive to the Pixel 3 and didn't bring it to its older devices. That's changing with the latest Digital Wellbeing beta, which enables the feature on the Pixel 2.

In the most recent Digital Wellbeing beta version, a new Flip to Shhh option has been added under Settings > Digital Wellbeing. You may also find it in Settings > System > Gestures, though it'll probably take some time and a reboot to show up there. 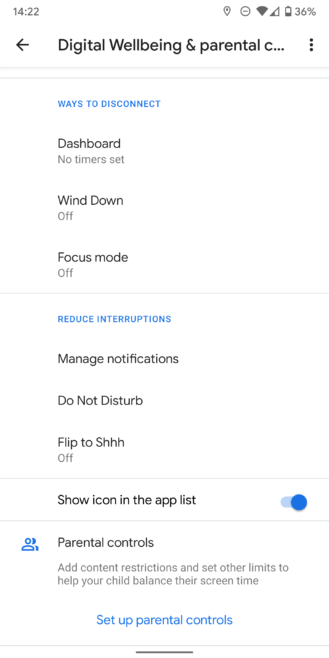 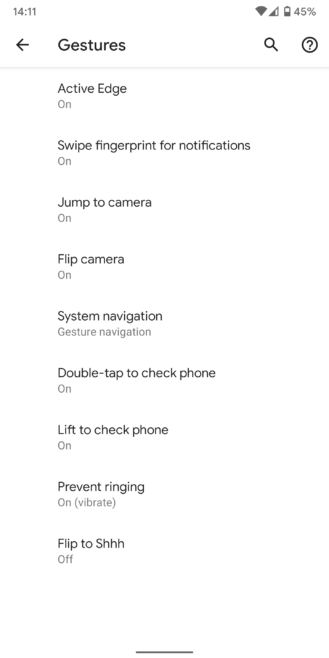 You can get to the setting from Digital Wellbeing or Gestures.

Regardless of how you access it, tapping the option shows you what the feature is and presents a toggle. Trying to enable it tells you that you need to grant Do Not Disturb access to Digital Wellbeing. That's because not all apps are allowed to mess with your DND setting, and you have to explicitly allow the ones you want to give that ability to. 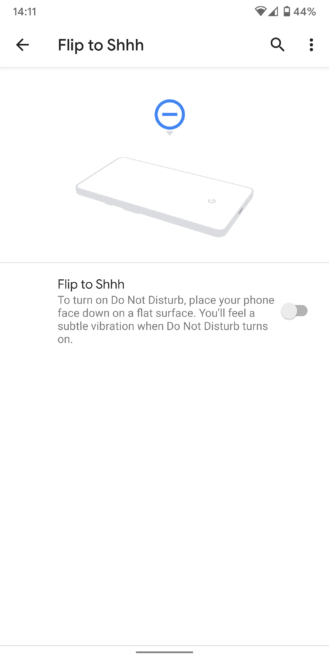 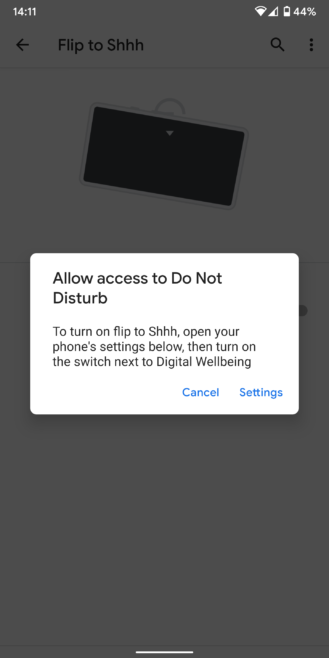 Once the permission is granted, the feature is activated. Put your phone down on a surface, display up, then flip it so the screen is facing down. It'll automatically switch to DND and surface a notification letting you know that happened. (It might also vibrate if you've allowed vibrations on your device.) Flipping it back disables DND and brings up all your missed notifications. 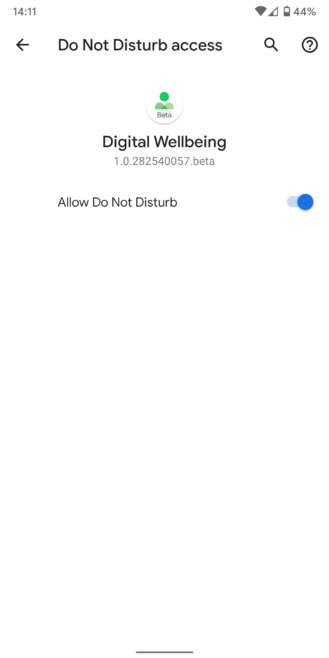 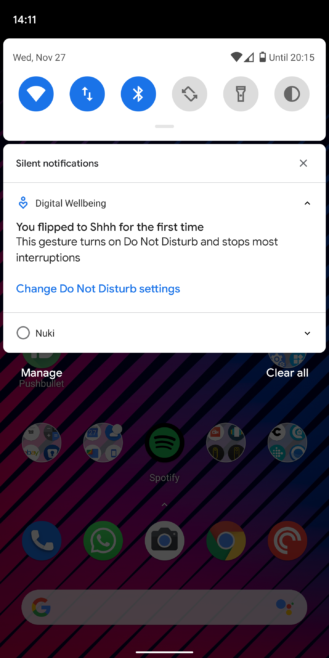 The feature worked reliably throughout my testing on my Pixel 2 XL, though I won't be using it. I keep my phone on DND all the time, with a few customized settings to silently let through notifications and ring properly for calls. The system works for me and I imagine I'd have to start thinking exactly how I place my phone on a desk each time I put it down. But if you like the idea, be it for work or family time or night time, you can grab the latest Digital Wellbeing 1.0282540057 by either joining the official Play Store beta program or downloading it directly from APK Mirror. We've seen it on the Pixel 2 and 2 XL, though it's possible it could work on a first-gen Pixel too.