VPNs are rather popular with the security conscious, but it can be difficult to find trustworthy services since there are so many to choose from, and often, these services aren't very user-friendly. This is why AP is proud to present CyberGhost VPN. Not only does this particular VPN include access to fast and secure Android app, but you can also expect a quality desktop app that supports Windows, Mac, iOS, and Linux, and there are dedicated apps for smart TVs and routers as well. So if you've ever struggled with viewing streamable content while vacationing or traveling for work away from the US, and are looking for a secure VPN that will allow easy connections that unblock your favorite streaming sites when away from home, CyberGhost VPN is the solution you've been looking for. 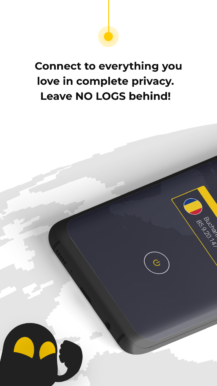 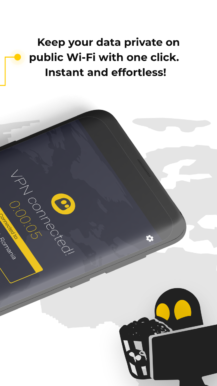 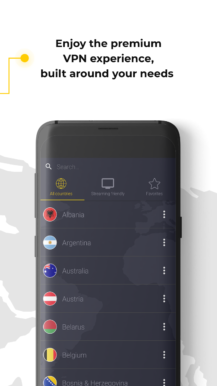 When you use CyberGhost VPN, there are several benefits included with the service, such as a wide array of app support for many operating systems as well as dedicated apps for smart TV and routers. A single subscription can protect up to seven devices at the same time, and the service is available in 90 countries in 112 locations, with over 5,532 servers located around the globe. There's also 24/7 support offered in four separate languages, so you'll never have to worry about assistance when away from home. This is why CyberGhost VPN is the perfect choice for anyone that wants to easily unblock their local streamable content while vacationing or working away from their residence. On top of this, you can torrent safely, and you can even play geo-blocked games from anywhere you like.

With CyberGhost VPN, you can hide your IP address with one click, and you can easily spoof your location to make it impossible for websites to track your online activity, and since you can share your IP with the users connected to the same VPN server, your digital footprint will never lead back to you. This is why CyberGhost VPN is such a great tool for private conversations and viewing sensitive information like your bank account details.

Of course, one of the greatest features of CyberGhost VPN is the ability to unblock an array of streaming services while traveling. More than 35 streaming sites from all around the world are available to CyberGhost VPN users, such as Netflix, Disney+, Prime Video, Hulu, BBC iPlayer, and ESPN. CyberGhost VPN is also the ideal app for all of you sports fans out there so that you can easily watch your favorite matches even when you're outside of your home country. So if you're looking to unlock the full potential of your streaming subscriptions to gain access from anywhere in the world, CyberGhost VPN has you covered.

CyberGhost VPN is also a great choice for those that often use public wifi connections, ensuring that bad actors won't gain access to your data. The ease of use of the desktop app is what makes this service so accessible, which is why it's perfect for any laptop when out and about.

It's known that one of the biggest draws of a VPN is the fact that you gain security when using the service. So it's important to note that CyberGhost VPN keeps zero logs, and since the company's headquarters is located in Romania, it's under no obligation to keep user data. AES-256 encryption is used to ensure a secure connection while using the VPN, and there's even a kill switch available to all users if your connection happens to drop when using a public connection. It's also worth mentioning that DNS requests won't ever leak to your ISP, and unlimited bandwidth is included with the service, which means you won't ever have to worry about throttling. 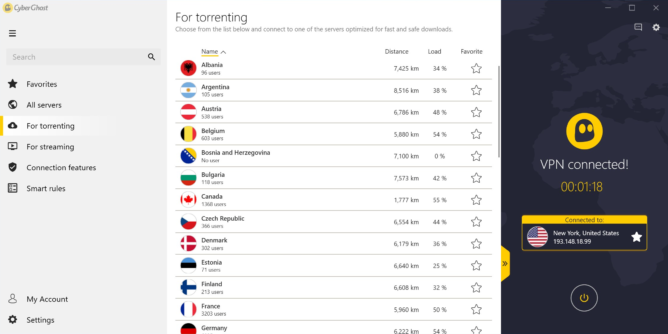 CyberGhost VPN offers monthly and yearly subscriptions, and you can currently snag a sub to the service for as low as $2.75 a month for 18 months, which comes out to less than $50 a year! There's even a 45-day money-back guarantee, which shows CyberGhost VPN's commitment to quality service. So if you'd like to check out the desktop app, simply sign up on the official website and then grab the appropriate application for your OS.

Every Black Friday deal worth checking out at Home Depot