Huawei sub-brand Honor has just unveiled a range of new products at an event in Beijing, including its latest fitness-focused smartwatch, some smartphones, and even a laptop. The Honor MagicWatch 2 will be coming to global markets, and it looks like a decent piece of kit that won't break the bank.

In view of the ongoing trade ban woes, the phones may never see the light of day in Europe, let alone the US, but Honor's smartwatches use Lite OS and proprietary services rather than Wear OS with Google’s apps, so they aren’t affected in the same way. The MagicWatch 2 is similar to the Huawei Watch GT 2 in that respect, and that's not all they have in common — Honor offers the same two case sizes with practically identical specs. The 46mm model features a 1.39-inch AMOLED touchscreen display with a resolution of 454x454 (326ppi) and a bezel around it, while the 42mm variant has a 1.2-inch, 390x390 screen with the same pixel density and a more minimalist aesthetic. Battery life of two weeks is promised for the larger watch, based on average usage, with the smaller one only lasting around half that time. 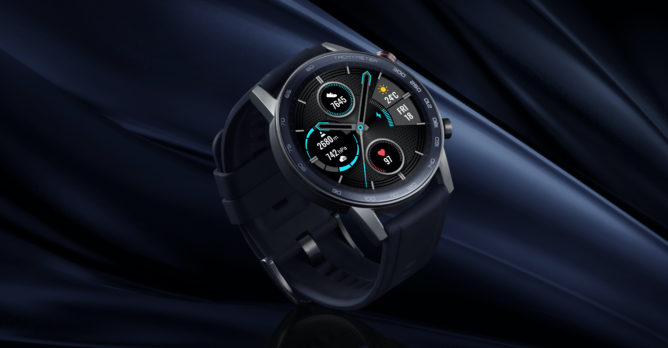 Both timepieces are powered by Huawei’s Kirin A1 wearable chip, along with 4GB of internal storage. 50% of that is reserved for music, so you can store up to 500 songs on the device. That’ll come in handy when you go for a run and don’t want to take your phone with you, and it’s no coincidence since fitness features are what the MagicWatch 2 is supposed to do best. A total of 15 different fitness modes are supported, including running, cycling, rowing, and triathlons. On top of that, there are also 13 indoor and outdoor running courses across a range of difficulty levels to help you move through the gears and up your running game incrementally. There’s even a virtual pace-setter with real-time voice guidance to support you through each run. You won't have to worry if you take it for a swim, as the watch can withstand 5ATM, which makes it water-resistant up to 50 meters. 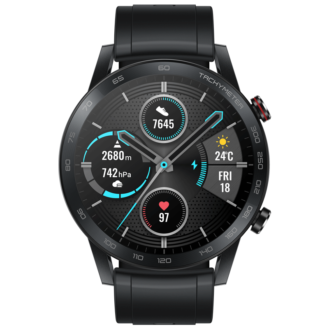 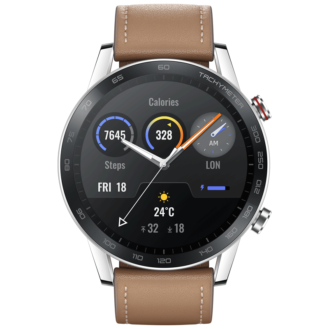 Going hand-in-hand with those fitness capabilities, the MagicWatch 2 also has a trio of features for tracking your health. TruSeen can monitor your heart-rate the whole time you’re wearing the watch and it’ll alert you if there’s a problem that needs further checking. TruRelax senses when you’re stressed and walks you through some breathing exercises to calm you down. And, last but not least, TruSleep aims to help you get a good night’s rest by looking out for signs of 6 common sleep disorders, before suggesting ways to improve your slumber.

To view all of these metrics on your smartphone, you’ll need the Huawei Health app. It’s also possible to take calls on the watch via Bluetooth, with a range of 150m from your connected phone (on the 46mm model). Notifications from texts, emails, calendar events, and more can also be shown. There are also the usual clock functions like alarms and timers, as well as a weather app, a phone finder, and a music player. Hopefully, it also has some sort of map functionality to make use of GPS and GLONASS positioning. 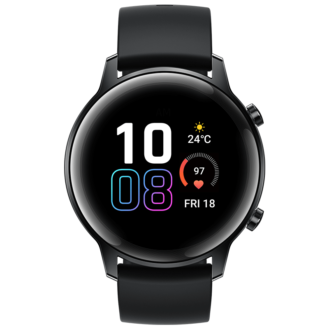 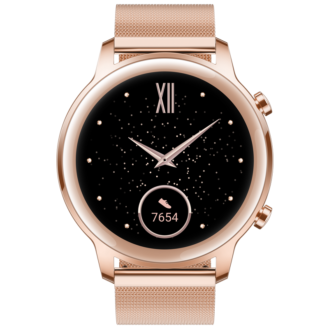 If you get the 46mm case, the watch will weigh 41g and you’ll be able to choose between Charcoal Black and Flax Brown finishes. The dinky one comes in at 29g, with Agate Black and Sakura Gold colorways on offer. A variety of leather, silicone, and metal straps are also available so you can customize the look, and as with Honor’s other recent products, the MagicWatch 2 is aimed at a youthful audience.

Pricing starts at €179 for the smaller case and €189 for the larger one, but upgrading the strap materials will obviously add to that. It goes on sale in various countries around Europe on December 12.