Facebook has borrowed features from its other social media properties, and even some of its rivals, a zillion times to drive engagement on its primary app. This time, Instagram’s Close Friends feature, which was introduced last year, has become the basis for the Favorites list that the company is testing for its mobile apps.

Favorites is basically a small group of selected friends, where you can directly share your Facebook and Messenger Stories that aren’t meant for anyone outside the group. You’ll have to populate the private list with up to 10 of your close friends, as shown in the screenshots taken by Jane Wong, who was the first to find out about the unreleased feature. The stories you choose to share with this group will be delivered individually to each member’s Messenger thread, instead of appearing in the dedicated Stories section. 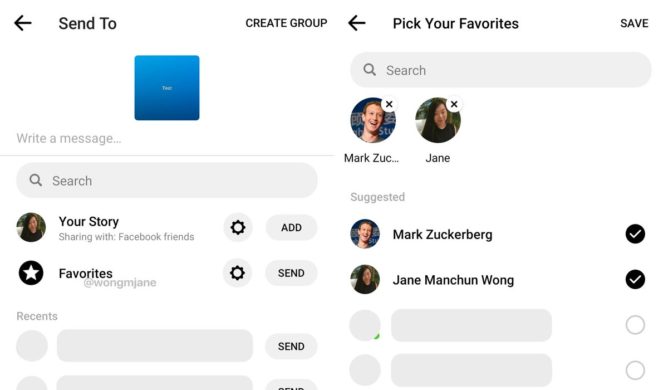 The company confirmed to TechCrunch about its limited experiment with the microsharing feature that was developed by the Messenger team. Given its early stage, Favorites appears constrained with no option to add more lists, like for family, in addition to friends and acquaintances. No timeline has been set for its public rollout, so you shouldn’t expect it to happen anytime soon.

Android 10's missing features: All the stuff that never made it into the final update