This Black Friday, there will be a lot of deals on Chromebooks. In fact, there already are a few early discounts from Google, HP, and others. Before you pull the trigger on a new Chrome-powered laptop, there's one critically-important factor that most product listings will leave off: the end-of-life date.

Chromebooks don't get indefinite updates, like PCs. While you can run the latest build of Windows 10 on some computers built a decade ago (or longer), every Chromebook model has a fixed support life. The exact lifespan depends on a few different factors, but new models typically have around 5-7 years of software support starting from the release date.

The first thing you should do when considering a Chromebook is to look it up on Google's Auto Update Policy page, which lists the end-of-support date for every Chromebook ever released. Once a Chromebook reaches the expiration date, it probably won't get any more Chrome OS updates. That means no new features, and more importantly, no more security patches.

If your Chromebook no longer receives updates, you become more vulnerable to a rogue site or Android app stealing your data.

You might be thinking to yourself, "Do I really need security updates on this $100 laptop?" The answer is yes. Chrome regularly patches security flaws that are already being used in the wild (referred to as "zero-day exploits"), and if your Chromebook no longer receives updates, you become more vulnerable to a rogue site or Android app stealing your data.

The other problem is that retailers are still selling Chromebooks released several years ago, which now have a limited lifespan. You might even run into sites selling refurbished/used models that are already past their expiration date. Here are a few examples of things you should not buy: 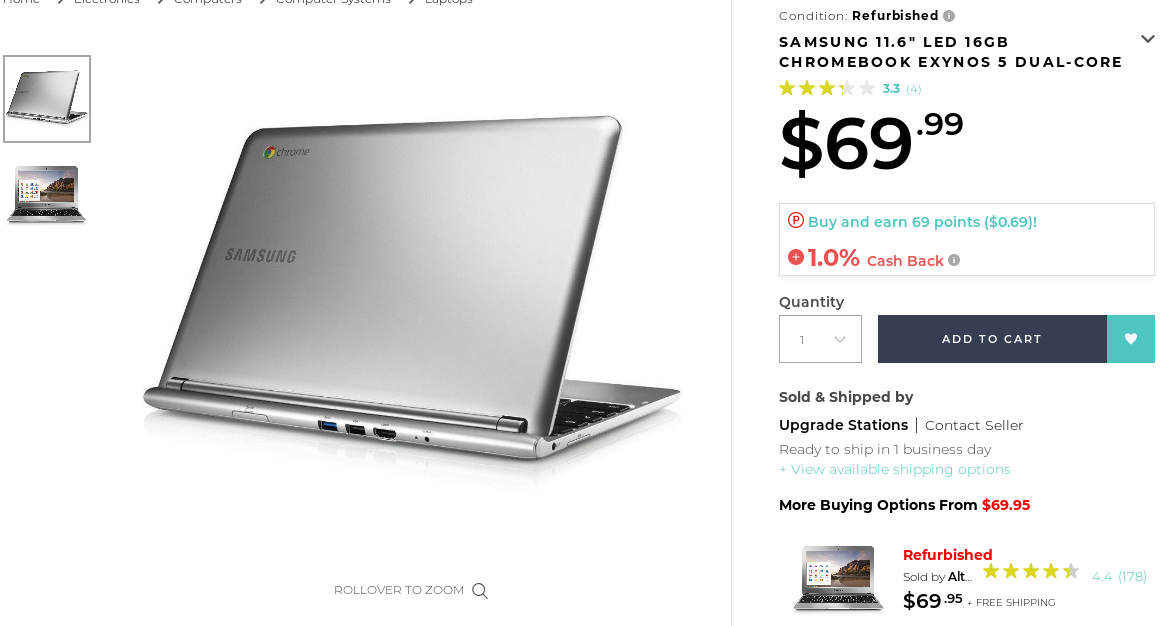 Most product listings have the date somewhere in the description, which you can then search for on the Auto Update Policy page. If the model name isn't listed, that's probably a sign the seller is trying to obscure how much life the Chromebook has left.

So, this Black Friday (and Cyber Monday, and non-denominational Winter holiday), don't buy a Chromebook unless you know when it will stop receiving updates. Having your passwords and bank information stolen by hackers isn't worth saving a few bucks. If your budget is extremely tight, consider something like this Samsung Chromebook 3 for $99 (starting 11/27), which will get updates until mid-2022.