Arlo is expanding its lineup of smart home products today with the release of the Arlo Video Doorbell. Its existence was leaked earlier this year, and it's finally happening. Arlo may have been a little late to the video doorbell party, but it arrives carrying lots of features, some of which aren't found elsewhere.

The Arlo Video Doorbell's most distinguishing feature is probably its ability to record in a 180-degree diagonal field-of-view in a square 1:1 aspect ratio. Arlo refers to this as a "vertical field-of-view," and it allows users to scope out their visitors from head to toe as well as view packages lying low on the ground. That's even taller than the Nest Hello's 4:3 video ratio. The Arlo doorbell also looks almost exactly like the Nest Hello. 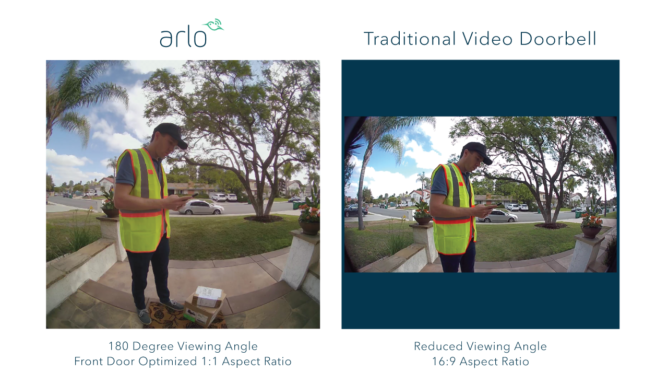 When it comes to video calls with visitors, the Arlo Video Doorbell does things a little bit differently as well. As soon as someone presses the button, the doorbell initiates a video stream directly to your smartphone. It behaves more like a phone call than a standard camera notification. If this feature works as well as Arlo says, it could address one of the most frustrating aspects of video doorbell systems. Should an unruly visitor try to pull off the video doorbell, it's programmed to fire off a loud siren as part of its tamper protection. 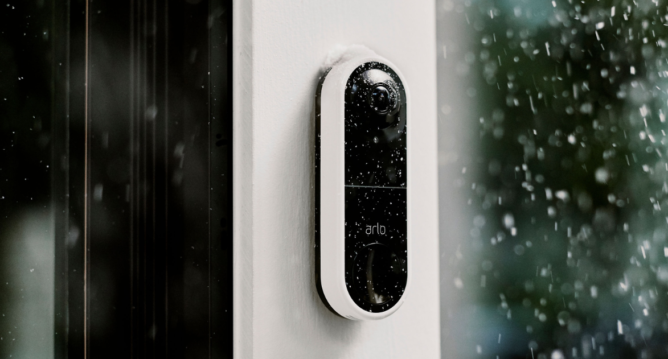 If you try to yank off the doorbell, you're going to get an earful.

Just as it does with its other smart security products, Arlo has equipped the Video Doorbell with support for night vision, HDR, weather resistance, two-way audio, motion detection, and an alert notification system. The Arlo Video Doorbell requires a wired electrical connection to your home's existing mechanical or digital chime. It sells for $150 and is available for pre-order right now from Arlo, Best Buy, and other authorized Arlo resellers. Buyers get a 3-month trial of the Arlo Smart subscription, which includes 30 days of cloud video clips, advanced detection features, custom activity zones, and e911 call service. After the end of the trial, it'll cost a minimum of $3 each month to continue with the plan.

Following the availability of pre-orders, general sales of the Arlo Video Doorbell are now open.

Jaybird X4 wireless headphones marked down to $70 ($40 off), their lowest price yet