Android 10's beta period was a wild ride, with new implementations of gesture navigation and tweaks to notifications happening on a monthly basis. The active development cycle also meant some previously-announced functionality has been removed, while other features have yet to show up at all. We expected at least a few of them to end up as Pixel-exclusive features, and while a few did end up that way (like a system theme picker), others never materialized at all. These are Android 10's 'lost' features.

Android still doesn't have a built-in screen recorder, while iOS has actually had this feature for a while. Android 10 looked like it might have addressed this problem, but alas, it wasn't meant to be.

An experimental screen recorder appeared as a flag in the Android 10 betas, and it could be enabled from the Settings app. The feature basically didn't work at all, but it showed Google was interested in the idea.

Sadly, the ability to access Android system flags vanished in the final Android 10 release, and the screen recorder never moved out of the mostly-not-working phase. Maybe next year...

Apple's iOS has had a feature called 'AirDrop' for years, which allows people to send photos, websites, contacts, and other data to anyone else in close physical proximity — without exchanging contact information first. Android Beam offered similar functionality from Ice Cream Sandwich onwards, but it was painfully slow (due to NFC), required physical contact between devices (again, NFC), and was actually removed in Android 10.

During Android 10's beta period, it was discovered that Google was developing an AirDrop-like feature called 'Fast Share,' which would locate nearby Android phones via Bluetooth and transfer files over a direct Wi-Fi connection. While the feature was found in Google Play Services, not Android 10 itself, it happened close enough in parallel to the Android 10 betas that it's worth including here anyway (and the final version could end up requiring Android 10).

The good news is that Fast Share might not be lost for much longer. Mishaal Rahman of XDA Developers discovered recently that the feature is still in development, and has since received new icons and interface updates.

In case you're wondering what's happening with Google's Fast Share feature (its AirDrop-like sharing service), it's still in-development. Sometime recently it got a new icon and some UI changes. pic.twitter.com/yRncp4kW6d

I hope Fast Share shows up in one form or another soon, because sending unsolicited memes to people around you sounds like a lot of fun.

Another feature that is missing-but-kind-of-not-missing is 'Rules.' In a similar fashion to Tasker and Bixby Actions, this allows you to set up simple automation tasks in Android. For example, you could set your phone to turn on Do Not Disturb mode when you connect to your work's Wi-Fi network. 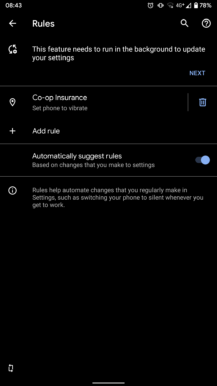 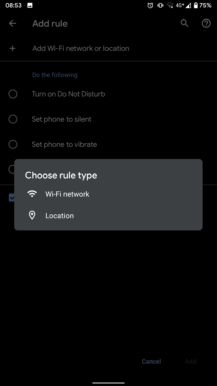 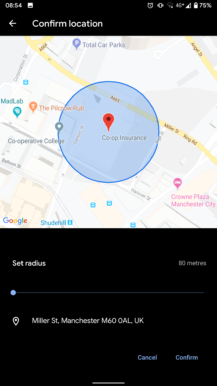 Rules was never publicly-accessible during the Android 10 betas. It was originally discovered inside a system APK, then the team at XDA Developers managed to activate it on Android 10 Beta 5. The feature was enabled on some Pixel 2 and 3 phones (perhaps accidentally) after Android 10 was released, but a wide rollout has yet to occur.

The feature can currently be activated on Pixel phones running Android 10, as long as the device is rooted. It's not clear when this feature will become accessible to more people — perhaps a monthly security update could flip the switch.

In the later stages of Android 10's beta phase, Google was developing a translate feature for the Recents screen. Much like how you can select text from apps in the Recents screen on some devices, Android would add a Google Translate button to apps using a different language than the device default.

The feature appeared in a leaked build of Android 10, but was never present in any of the public betas, nor the final release. It's not clear what became of the Translate button — maybe we'll see it again in a future system update.

Android 10 brought one of the most heavily-requested OS features in recent history: a system-wide dark theme. However, Google never fully implemented a dark mode that would automatically turn on and off depending on the time (or sunrise/sunset). Some manufacturers like Samsung have already added this to their flavors of Android, making the feature's absence on stock Android even stranger.

An automatic dark mode was definitely in the works at one point, as you can temporarily enable it by running an ADB command. At least one app has been created that makes this hidden functionality a bit easier to use, but the switch should really be in Android 10 itself.

Android 10 had a whole lot of changes to how notifications work, with tweaks to sorting, more long-press actions, simpler alert options, and more. One of these changes was 'Adaptive Notifications,' a feature that showed up in Beta 4 and promptly vanished.

A new group for Adaptive Notifications appeared under the main Notifications settings, with two optional features. The first, 'Automatic Prioritization,' promised to not buzz your phone for what the OS deemed "lower-priority notifications," sort of like email apps that try to avoid notifications for spam mail and other non-important messages. The second feature added "suggested actions and replies" to notifications. 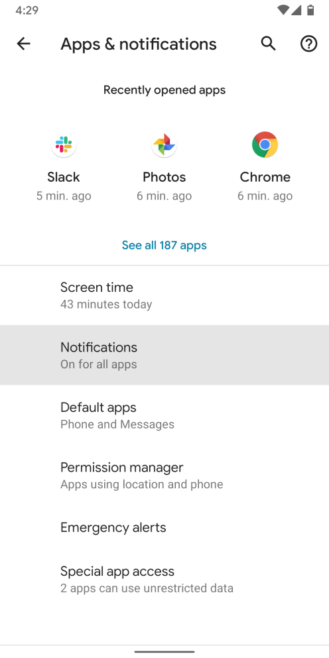 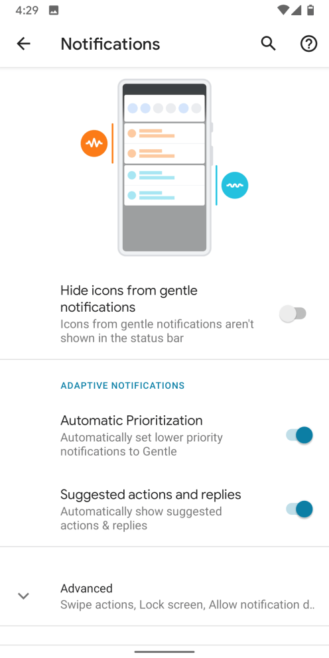 Both options disappeared in subsequent betas, but an 'Android Adaptive Notifications' APK remains in the final Android 10 release, along with an option in the Developer Options for picking another handler app.

One of the early Android Q leaks included a permissions usage dashboard, which showed how often apps checked phone information, contacts, SMS messages, and other data. However, it never appeared in a public release. Perhaps we'll get it in Android 11?

One feature that was advertised on the official Android website, though didn't make it into the final release, was an added option in the power menu for Google Pay. The idea was to show credit cards, passes, and tickets when you held down your phone's power button. The existing power/restart controls moved to the bottom of the screen, while cards were displayed in a carousel at the top.

While the switch for the feature did show up in the Settings app, it was never functional, and the toggle was removed by the time Android 10 had its final build.

Some features originally planned for Android 10 ended up being Pixel-exclusive (even if only temporarily) or were delivered in post-launch updates. While not technically 'missing features,' they're still worth mentioning since they aren't on every Android 10 device.